Jimmy Page says that Led Zeppelin is not done yet 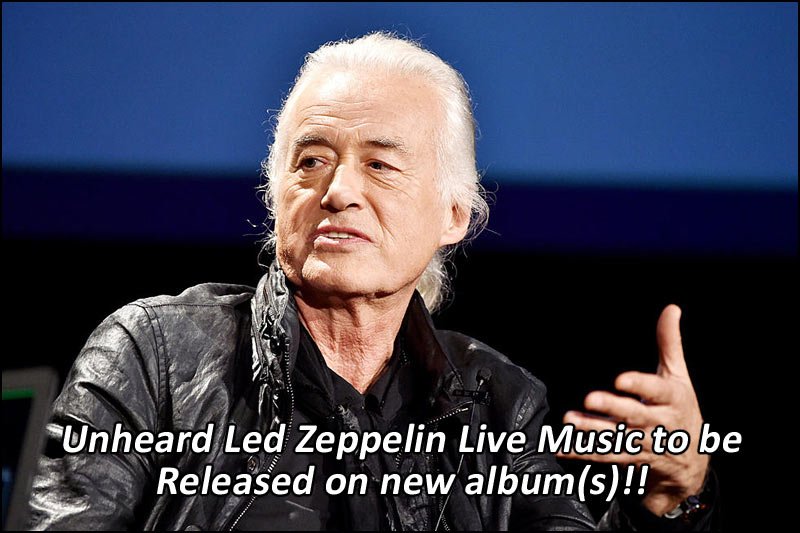 Jimmy Page says that Led Zeppelin is not done yet and that there is an unheard live record that is on its way to being released. This is against all odds as it stands due to statements made by Robert Plant on multiple occasions, but the latest word came directly from Jimmy Page so we have to give it some attention to say the least. Jimmy Page recently was interviewed by ‘Planet Rock’ and he let the news out that there is an plethora of unheard live material from Led Zeppelin, and they are finally going to release all of it on upcoming live albums. When asked about the music’s release, Jimmy Page stated “I can’t give the game away, but there’s a recording that’s another multi-track that we’ll release. It’s so different to all the other things that are out there. It’s another view compared to ‘How the West Was Won’ or ‘The Song Remains the Same’. I’m looking forward to people hearing that. There’s a lot of stuff to come out, a number of releases. I’d like to say that they’ll be coming out over the next 10 years. There’s more to come for sure.”

This is surely huge news to all fans, especially because we never thought we’d hear anything again from them, mostly because of all the rhetoric that Robert Plant has said about the band and their future. Plant has always denied rumors of any reunion, or of them working together again. Even though this music we’re talking about here was already released, and played in concert, I don’t think any of us thought that there would be new live music released from them. I personally am ecstatic about the news and can’t wait to hear it; and I am pretty sure that I am not alone.

Led Zeppelin fans are extremely excited since Jimmy Page has talked about unheard live Led Zeppelin music will be released on new albums.