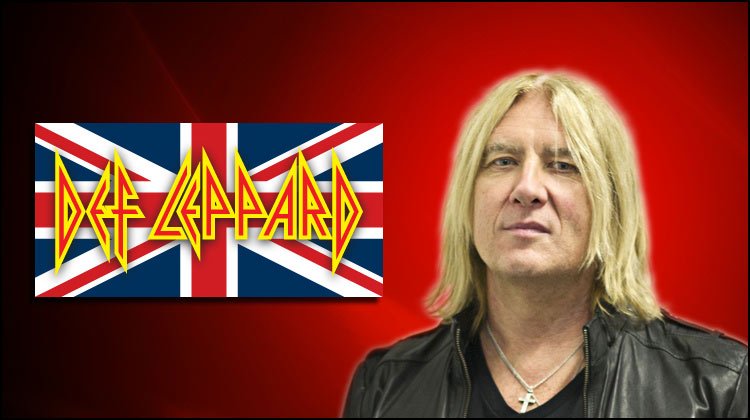 This is nothing new in the music industry. In fact, years ago it happened a lot to many bands and performers, many of them who turned out to be huge icons in the industry. Recently, Joe Elliot, lead singer of the rock band Def Leppard, announced that even his own band, Def Leppard, ‘never saw a penny’ of the profits when they first started out. In this particular case, it began in the early 1980s when the band Def Leppard started out. The band’s break out year was back in 1983 with the release of their album ‘Pyromania‘, but the band did have two records out before that; First was ‘On Through The Night‘ and then came ‘High N Dry‘. The albums were respectfully released in 1980 and then 1981. According to Joe Elliot, none of the band members saw any money from those two records, both of which went Platinum in both Canada and the United States. High N Dry actually went double platinum in the US. It wasn’t until 1983 when Pyromania exploded the popularity of the band, when the band actually started to receive part of their profits. Although there was a little money given to the band in its early years, but that went to running the band. In 1979 when they signed their first record contract, the band supposedly earned about $40 per week, which was barely enough to buy clothes and food.

When Def Leppard began touring the United States as an opener for more popular bands, they went from venue to venue in a station wagon and had to share rooms in budget hotels. Joe Elliot said “All the profits from the shows went into getting a tour bus, so we never saw a penny.” . That did not last long, although it was tough during that time period. Eventually, things got much better and they eventually had a HUGE hit album on their hands with “Pyromania.” Originally released back in January of 1983, the album went platinum just three months later. By October of the next year (1984), the album had sold over six million copies. Finally the money started rolling in and actually getting to the band members. Since they were finally making real substantial money, “we were able to pay off our debts,” Elliott says. “And when you spread that over seven years, it only worked out to a decent income, probably less than your average doctor. It was seven years of poverty and borrowing off our parents.”. Although they were not ‘out of the woods’ yet. Def Leppard’s financial drama didn’t end there. Around 2012, the band entered into a public dispute with their former record label, Universal Music Group. The band claimed that Universal low-balled them on the share they’d earn from digital copies of their songs, maintaining that they should earn the same amount they would off a physical CD sale. Although the band had the last laugh because Def Leppard had previously negotiated a deal that allowed them final approval over how their music is used and sold. This gave them the ability to withhold the master copies of their songs, preventing the record label from selling or licensing digital copies at all.

However, the fight wasn’t entirely about money, Elliott says. “It’s about principle,” he told The Hollywood Reporter in 2012. “It’s a well-known fact: Artists throughout the years have always been shafted by record companies.” According to Elliott, the band shook on a deal with Universal that was later rejected by someone higher up in the company. “To an Englishman, when you shake hands, it’s a binding contract, and Universal reneged on it,” he says. “So we dug in our heels and said, ‘We’re gonna say a blanket no to anything that you ask for.'” Def Leppard eventually worked out a deal with Universal and made their catalog available on all major streaming services in January 2018; It sure took long enough! “Having embraced every other format with open arms, especially and more recently the reemergence of vinyl, we’re now going to be available to everyone everywhere and honestly, it’s as exciting as the original releases were,” Elliott reported to Billboard.

It wasn’t always all peachy for the band members of Def Leppard. They only started to make a real profit after Pyromania, which was their 3 studio album released.