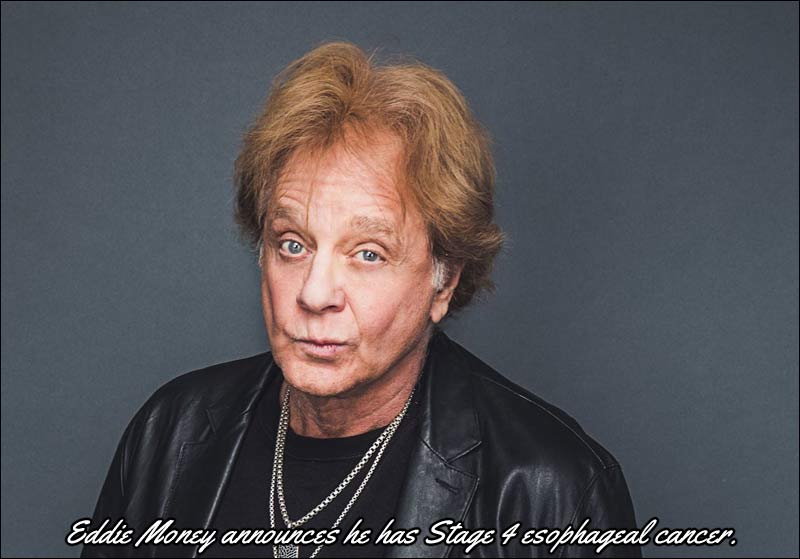 Singer / Musician Eddie Money breaks out some very bad news. He’s got stage 4 esophageal cancer, which has now spread to other parts of his body.