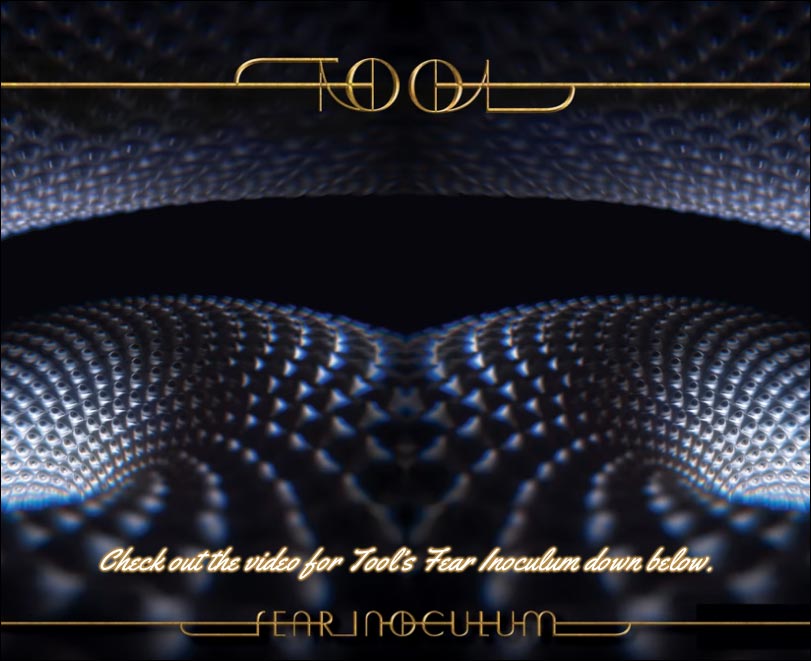 Yes, it has been that long. It’s been 13 years since the band Tool has released new music, but the wait is no more. The band just released their first single of their latest upcoming album. The song is titled ‘Fear Inoculum’ and the album, which is set to be released on August 30th, goes by the same name. The album itself is comprised of 7 new songs, along with two transitional tracks. It brings over 85 minutes of new Tool music to the band’s fans. The new record centers around the number seven (7), which was a number that kept on showing itself to the band during the entire writing process. The band’s guitarist Adam Jones said “I took a picture pointing to the number seven while we were recording, and a lot of the riffs Justin Chancellor and I brought in were in seven. You don’t really go, ‘I’m going to write a riff in seven!’…Without being too descriptive about the concept, the main thing is that the seven beat just kept coming up, and riffs in seven kept coming up. It was really weird!” … Check out the music video (audio version) for Tool’s song ‘Fear Inoculum’ down below.

The band TOOL is back in action as they released their newest music in 13 years. Check out the video for Fear Inoculum down below, and pick up their latest album of the same name when it’s released on August 30th.