Fan of FLUME? Here’s a list of his 5 best Remixes of all time. Take a Listen here. 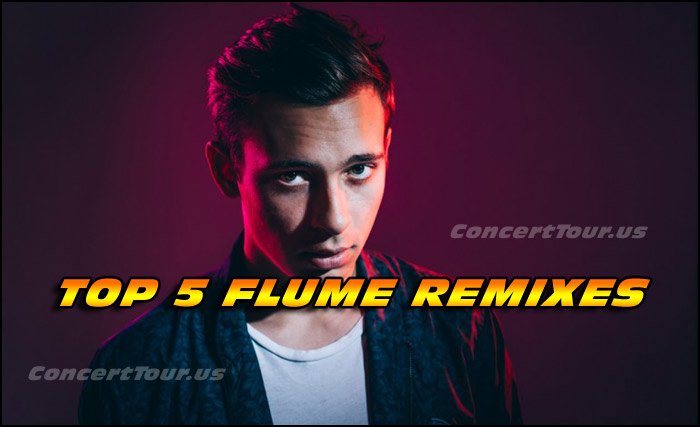 Flume is having a good year, to say the least. Following the release of 2016’s standout Skin, the Australian producer has embarked on a successful tour and more recently scored his first platinum record for his hit single “Never Be Like You.”
While it’s obvious that Flume can produce his own chart busting tracks, he has also produced many, many remixes of other favorite songs from artists that span all music genre. In our opinion, here are five of his best ever.

FLUME is actually on tour right now, but to make sure, check out our FLUME Tour Page for all the latest tour information.

FLUME not only produces his own music, he also has done some great remixes. Here are some of his best.

Flume elevates Lorde’s originally mellow track by incorporating intricately layered beats into the mix. The result is a version that ups the sass and transforms the song into a kiss-off.

When Flume tackled Disclosure’s “You & Me” in 2013, it became a career-launching hit — for both ends. Flume’s remix of this track helped it gain widespread acclaim while simultaneously putting his own name on the map.

This remix widely departs from the pain and sorrow felt on Sam Smith’s original, as the playful production highlights certain lines by repeating them on a loop as the track builds in intensity.

While this version doesn’t depart too much from the original, the slight reworking of beats and toying with tempo helped Ta-Ku’s track sail on more smoothly and bring it to the next level.

This track illustrates a harmonious collision, as Chet Faker’s original is blended so well with the remix that it sounds as though it has always existed in this form. The electronic production pairs perfectly with the original beat of the song, allowing for the lyrics to still shine.