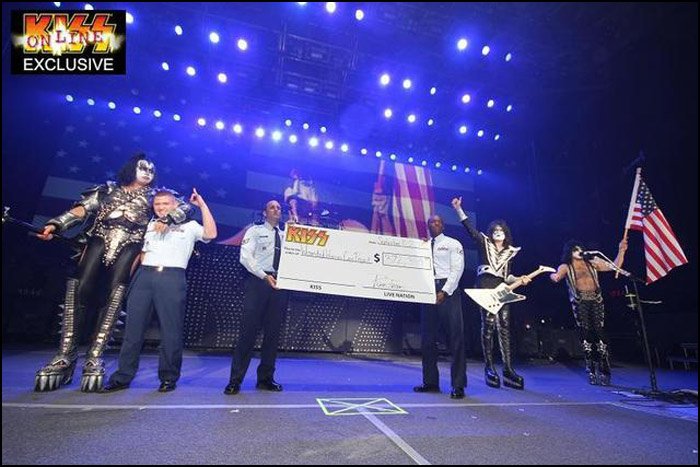 Back in late August of 2016, the rock band KISS performed a concert as part of their Freedom To Rock Tour and then gave a great honor to our great Country and The US Military. Paul Stanley, after handing over the mega-sized check, read the Pledge of Allegiance (which the whole crowd echoed him) and then gave honor to the awesome US Military. The ‘encore’ of music that followed was so patriotic that some in the audience actually had tears in their eyes.

Scroll down to watch the amazing fan shot video footage of this taking place live. KISS, the greatest rock band in the world, doing our military right. Thank you KISS and God Bless America!

Still Picture of KISS honoring The US Military (which they’ve done MANY MANY times). KISS truly is the Hottest Band In The World! SCROLL DOWN FOR THE VIDEO!