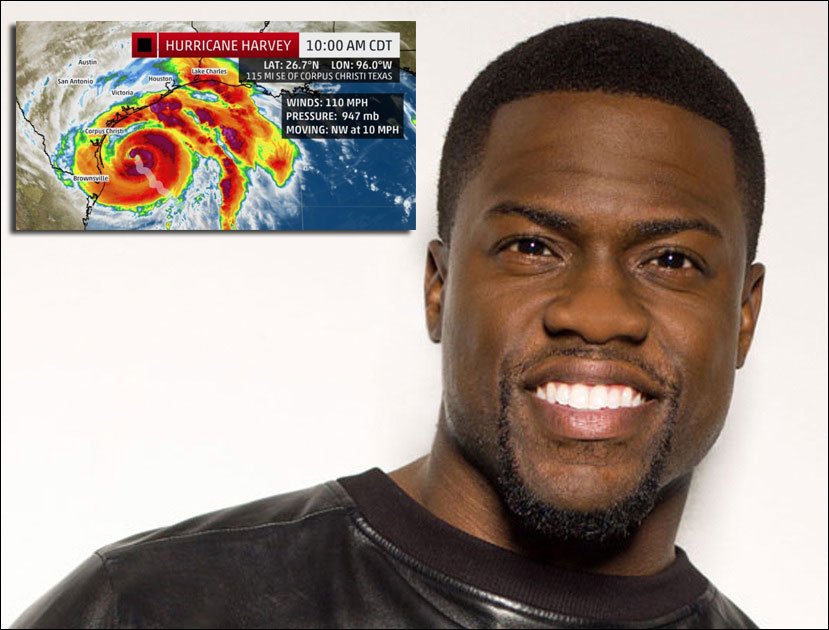 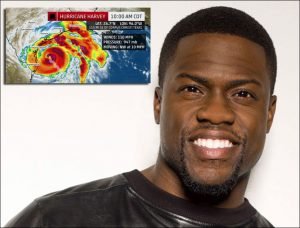 Kevin Hart was just one of many celebrities to make a donation.

We all recently saw and/or experienced the horrific natural disaster catastrophe that took place in Texas as Hurricane Harvey began to bear down on the lone star state. While many of us prayed, others sent donations in the forms of funds, food, water, and standard needs for just surviving. People from all over the world have also literally picked themselves up, made their way to the devastated areas, and used their own boats to troll through the waters saving people and animals. We’ve also seen celebrities and musicians put up their share. Even President Trump himself personally donated $1 million dollars. While there is controversy on what organizations not to donate to, we’ve seen funny man Kevin Hart donate $25,000 to the Red Cross. Kevin Hart calls the action the “Hurricane Harvey Relief Challenge.” Kevin goes on to say “We’ve participated in a lot of challenges on the internet. Some meaningful, some meaningless, but we’ve all done it. At this point, I’m going to start a real challenge. I’m challenging a lot of my celebrity friends to follow my lead and donating $25,000 to Hurricane Harvey.”

Many others have also stepped up to help the people of Texas. Country music star Chris Young posted a video to Youtube saying he would give $100, 000 in funding to the Red Cross. He personally has friends and family right in that area. “I have friends and family there and I’m fairly positive my house down there may have to be torn down as it is in one of the hardest hit areas,” he says in the video which you can see below. 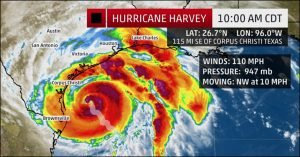 Hurricane Harvey looks massive as it makes its approach on Texas.

Musician Drake, who has lived in Houston for nearly a decade said on Instagram that he and DJ Future the Prince are also working with local relief groups to “aid and assist the people of Texas in anyway we can and in the most immediate way possible. All I can think about is how devastated I am as I look at images of the damage Hurricane Harvey has caused. I am praying for the safety of all those affected.”

Some other names mentioned but we have not confirmed their ‘donations’ yet are Beyoncé, Jay-Z, Steve Harvey and Justin Timberlake. Other celebrities including Katy Perry, Beyoncé, and Kelly Rowland all say they are praying for the victims of the storm.