The episode when Cyndi Lauper guest starred on Bob’s Burgers 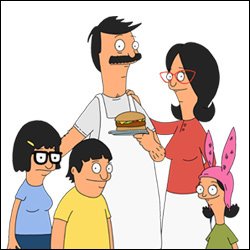 If you’re like many people, you’re a fan of the hit animated TV show Bob’s Burgers. While they’ve had their decent share of famous guest stars appear, one of our favorites was the episode “The Belchies“, which guest starred Cyndi Lauper singing Taffy Butt at the end.

Did you catch The Belchies episode of Bob’s Burgers?

After she starred on other shows like The Simpsons and 30 Rock, Cyndi Lauper once again proves she’s totally open for busting her own chops. In this particular case, she lampoons her Goonies theme “Good Enough”, crooning about a candy dummy filled with treasure. A tale as old as time itself. Check out the video below to listen.

Memorable Quote from the episode :
“The next day / You will see / Taff is washed up on the beach and / Oh my god is that a gold bar? / The wave just washed him out far / The kids didn’t look close enough in the / Taffy Butt”


Episode Plot as per Wiki :

Teddy tells the Belcher kids that the abandoned taffy factory, which is scheduled for demolition the following day, contains hidden treasure. This turns out to be a joke, the punchline of which is that the map he draws looks like a butt, but Louise takes it seriously and convinces Gene and Tina to go with her that night to find the treasure. To Louise’s frustration, Tina has invited Jimmy Pesto, Jr. to come along and wherever Jimmy Jr. goes, his best friend Zeke must go as well. Further complicating matters are Andy and Ollie Pesto, who show up randomly out of nowhere.

Meanwhile, Bob and Linda have their scheduled sex night, though they have difficulty getting in the mood, and their plans are interrupted by the discovery that the children have sneaked out. They go looking for them, becoming equally lost in the factory. Louise gets trapped in a pit with a man made of taffy, whom she names Taff and becomes close friends with in her isolation.

Eventually Bob and Linda reunite with the kids and they escape just in time to avoid being killed in the demolition. Louise wants to take Taff home with her, but Linda convinces her to throw him away. The episode ends with the revelation that the coastline around the factory perfectly matches the map drawn by Teddy, and that unbeknownst to the kids, Taff was full of gold bars. The episode ends with Cyndi Lauper singing a version of “The Goonies ‘R’ Good Enough” called “Taffy Butt,” which describes the episode’s ending. 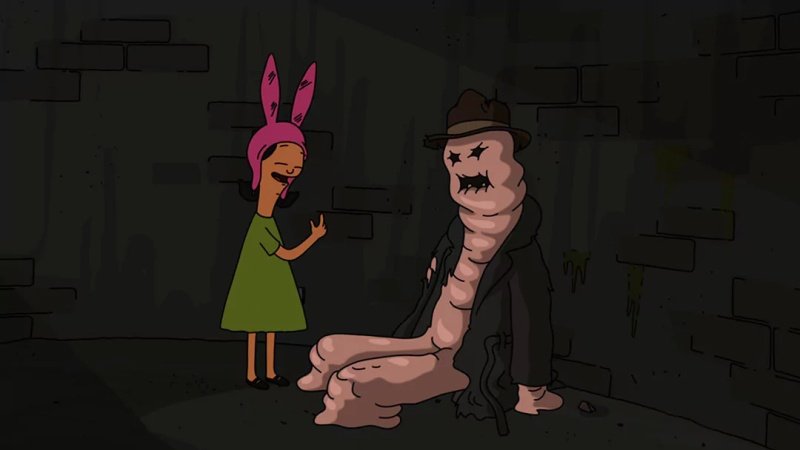 Scene from The Belchies episode of Bob’s Burgers.

Shop at kidrobot.com – Kidrobot is acknowledged worldwide as the premier creator and dealer of limited edition art toys, signature apparel and lifestyle accessories. An innovative cross between sculpture and conceptual art, Kidrobot offers not only a powerful medium for today’s international fashion designers, illustrators and artists, but also the creative canvas for emerging street trends and pop art. Kidrobot toys retail anywhere from $5 to $25,000, and many appreciate in value over time. Our products can be found online at Kidrobot.com and in select retailers worldwide.