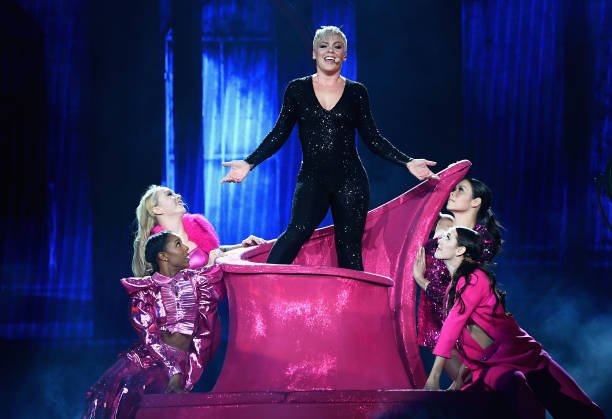 A music journalist, known as Marlena Katene, had purchased VIP tickets for the P!NK concert that took place in Sydney this past Saturday evening. However when Marlena and her care-taker got there, they were not only denied entry, but Bert Hibbert, her care-taker, was removed all together from the venue. Marlena Katene is a music journalist who happens to have cerebral palsy and is in a wheelchair. Security at the venue denied the two entry to the VIP area, and forced them to stay in a designated wheel chair area.

As Gold Coast Bulletin reports, the two questioned why the security denied them entry and asked them about the venue’s supposed policy on this, especially since they were allowed in the VIP area of P!NK’s Melbourne show without any issues. “We purchased tickets legally and nowhere was it stated that wheelchairs were not allowed,” Marlena said in an interview. When security couldn’t show the policy in writing, they called police over and, eventually, Hibbert was removed from the venue and told to stay 50 meters away, while Katene stayed inside by herself.

Katene is seeking legal action against Qudos and has reached out to P!nk herself, although her and Hibbert have both had their tickets refunded. In a statement to GCB, Shine Lawyers’ discrimination law expert, Christie Toy, implies that what Qudos Bank Arena has done is indeed unlawful. “It is unlawful in Australia to discriminate against a person with a disability when providing goods, services and access to places,” she said. “Stadiums must adhere to the legislation and ensure that those with a disability have the same right of enjoyment at a concert as those who do not have a disability. This will not be achieved if they are being relegated to a walkway.” “If a concert goer was removed from a concert simply because they had a disability than this is indeed going to be a legal issue.”

The Music reached out to Qudos for comment, and the venue’s general manager, Steve Hevern, told them that the venue had a duty of care to Katene. “The safety of all patrons is of paramount importance and is what guides all decision making to ensure safe and enjoyable events at Qudos Bank Arena. Safety is one of the primary areas of the venue’s operation, for which we are responsible,” Hevern said. “We respect Ms Katene’s enthusiasm and excitement to enjoy the concert in the way she had anticipated, however we have a duty of care to Ms Katene as well as all other patrons to ensure a safe event for all.” “We had been in contact with Ms Katene prior to her attendance at the concert to understand her wishes and to also explain our requirements around safety.” “Our goal was to provide a safe alternative in an equivalently-priced location to ensure the best possible experience for Ms Katene. We have a long history of communication with Ms Katene regarding her desire to be as close to the stage as possible and have adapted our existing arrangements on a number of occasions to accommodate her requests.” “We are disappointed our efforts to safely accommodate Ms Katene did not meet her expectations, therefore we provided a full refund to her and Mr Hibbert (who accompanied her to the concert).”

Wheelchair bound woman denied entry to P!NK concert even though she had VIP tickets!