While tripping as a young Beatle, Paul McCartney ‘saw God’ 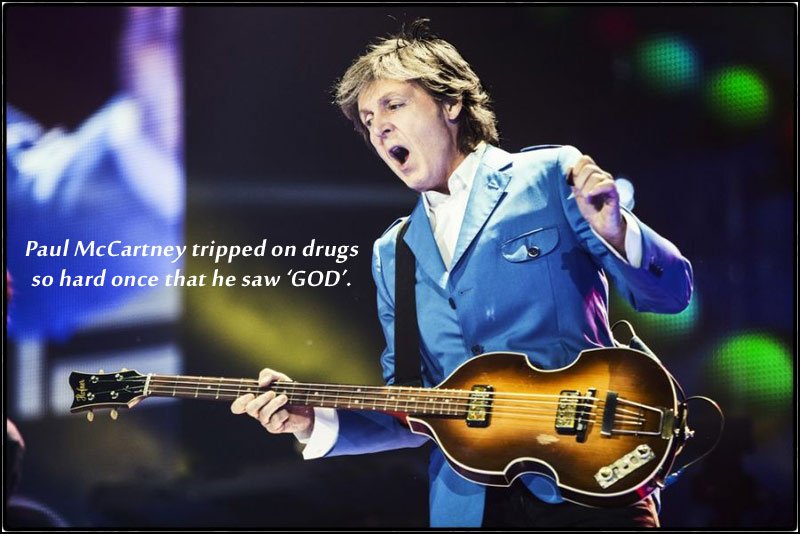 According to rumors, Paul McCartney was the one Beatles band member who did the lesser amount of drugs when the band itself was going through their drug experimental stage. This did not stop McCartney from ‘seeing God’ after taking one of the many drugs the band tried. Openly speaking about his spiritual beliefs, the 76-year-old musician said during an interview that he believed there was “something higher” linking it to that one experience of taking DMT (Dimethyltryptamine) in the company of others. “We were immediately nailed to the sofa. And I saw God, this amazing towering thing, and I was humbled,” McCartney said in an interview with the Sunday Times in which he recalled taking the substance with others including Robert Fraser, a famous art dealer and gallery owner. “And what I’m saying is, that moment didn’t turn my life around, but it was a clue.” McCartney added: “It was huge. A massive wall that I couldn’t see the top of, and I was at the bottom. And anybody else would say it’s just the drug, the hallucination, but both Robert and I were, like, ‘Did you see that?’ We felt we had seen a higher thing.”

Back to present time, the singer-songwriter also spoke of the need to fulfill his continuing creative appetite, which has led him to work recently with the rapper Stormzy, who had come to McCartney for advice. “He’s looking to advance his music. As a rapper, I thought he’d have words down, but there was a piano, so I showed him basic stuff — how you get middle C, make a chord, a triad and, just by moving that, get D minor, E minor, F, G, A minor, and how that’s enough for anyone.”

About the general state of the world, McCartney mourned what he said was a situation in which “violence and arrogance are back”. “It’s like how fashion goes in cycles, how bell-bottoms came back. We were heading towards sense, but we are into the next pendulum swing now. That happens in life.” McCartney was still optimistic about the future, however, recalling Britain in the 1970s: “Cemeteries were left to rot. We felt we were heading to Armageddon, but it cleaned up.”

Paul McCartney once tripped so hard while on drugs that he saw ‘GOD’.