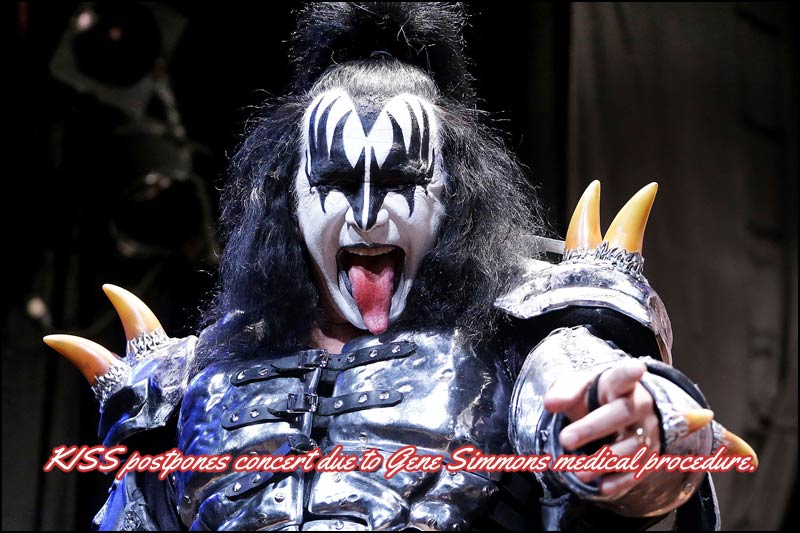 The September 14th KISS concert, which was scheduled to take place at USANA Amphitheatre in Salt Lake City Utah, has been postponed to a future date. The make-up date for the show has not been announced yet, but we do know that it was postponed due to lead singer and bassist Gene Simmons requiring an immediate medical procedure. Gene sent out the following tweet “Apologies to the fans in Salt Lake City. We will come back and do the show at a later date. The truth is, I have to fly to LA to do a medical procedure. Nothing serious. But it must be taken care of now. Thank you for your good wishes. All is well.”. This show was not the only one that KISS recently had to adjust. Earlier in the month, the rock band postponed two other shows; One in Los Angeles and the other in Oakland. The reason for those delays were “unforeseen scheduling issues’, although no one knows what the exact meaning of that was. Oakland Arena’s date was moved from September 16th to March 6th. The Staples Center show (Los Angeles) was moved from September 20th to March 4th. If you look at the dates, and the timing of this all, it very well could have to do with Gene’s medical procedure, but that reason was only given for the Salt Lake City show, and the other postponed dates were attributed to ‘unforeseen scheduling issues’. Hopefully Gene (and the rest of the band) is healthy and the required procedure is just something simple. KISS’s present tour, the ‘End Of The Road Tour‘ began this past January, and isn’t slated to end until very late 2020. Here’s to the guy’s of KISS, their good health, and to finish up their final tour.