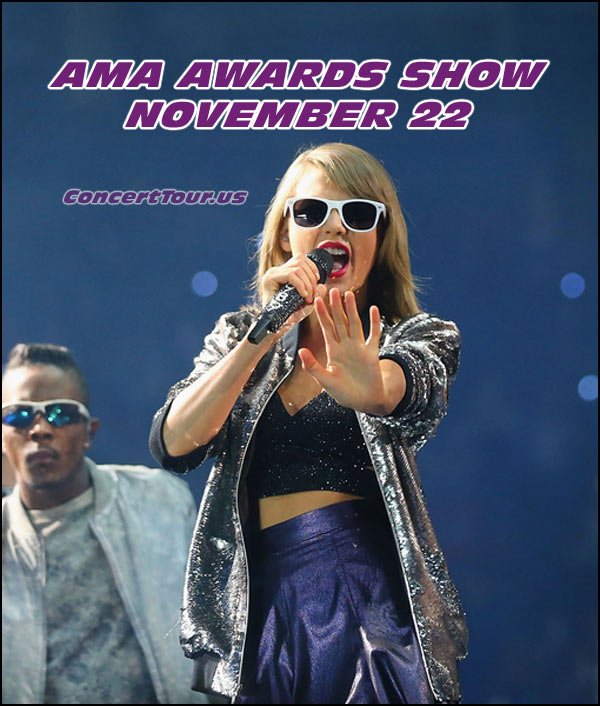 They’re here! The American Music Awards Nominations are here and look who’s already got a ‘head start’ in front of everyone else. The top three nominees are Ed Sheeran, Taylor Swift and The Weeknd. All 3 had a huge impact on music in the past year and deserve the nominations they received. Taylor Swift got the most with 6 nominations and both Ed Sheeran and The Weeknd have received 5. Listed below you will find the full list of the Top AMA Nominations for this year.

The biggest award of the night is Artist of The Year and there’s a whole slew of performers to choose from. Nominees include Taylor Swift, Maroon 5, The Weeknd, Sam Smith, Ed Sheeran, Luke Bryan, Ariana Grande, Nicki Minaj, One Direction, and Meghan Trainor. Every person on that list has their own style and category of music and each one has also been in the top of the music charts. Canada will be rooting for their home town hero The Weeknd, who is really known as Abel Tesfaye, for that big award and for his smash hit Can’t Feel My Face which is up for the Song of The Year Award.

Each and every AMA nomination is chosen based on the totality of album and digital sales, including amount of radio airplay, and fan interactions which is recorded and tallied by both Billboard and Nielsen Entertainment.

As of right now, we do not know who exactly will be performing live, but look back here soon to see who will be playing live on stage the evening of the AMA Awards Show.

Top AMA Nominations include the following:

Artist of the Year :

New Artist of the Year Presented by Kohl’s :

Song of the Year :

Collaboration of the Year Un-Leashed by T-Mobile :

Who will end up winning the most awards? Will it be Ed Sheeran? The Weeknd? Taylor Swift? You’ll have to wait and see! The AMAs will air live on ABC on November 22nd.

The AMA Awards Show Will Be Live on Channel ABC on November 22nd. Music Fans, Don’t Miss The Show of the Year!