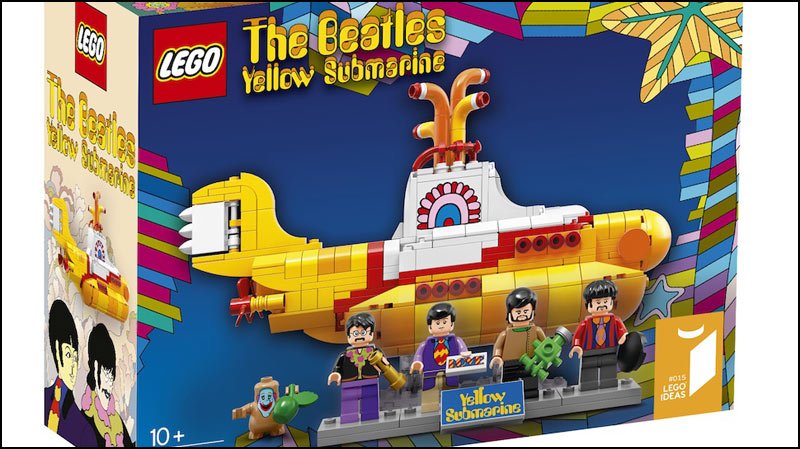 The building brick company LEGO has recently been putting out more adult themed building sets as many of them become nostalgia and collectibles. Coming very soon LEGO says is their new The Beatles – Yellow Submarine set which comes complete with all 4 members of the Beatles in Lego mini-figure form PLUS a Jeremy Hillary Boob Ph.D mini-figure too. The set (once assembled) is beautiful, colorful, fun and quite accurate. You can keep it boxed and untouched for maximum investment return, or you can open it and have a ton of fun putting it together. Just like most LEGO sets, you can have your kids help, although there are some tough areas that may need an adults help (there’s over 500 pieces!), or you can have fun putting it together yourself to showpiece somewhere in your home.

The Beatles Yellow Submarine LEGO set will not be that expensive. In fact right now direct from Lego it will cost you supposedly $60 to reserve it for its November 1st release date. I personally will be buying 2 of these; 1 to put away and one to assemble for display. I also hope that LEGO tackles Sergeant Peppers next! Now that would be a trippy LEGO set! Check out the pictures below of the new Yellow Submarine set from LEGO. 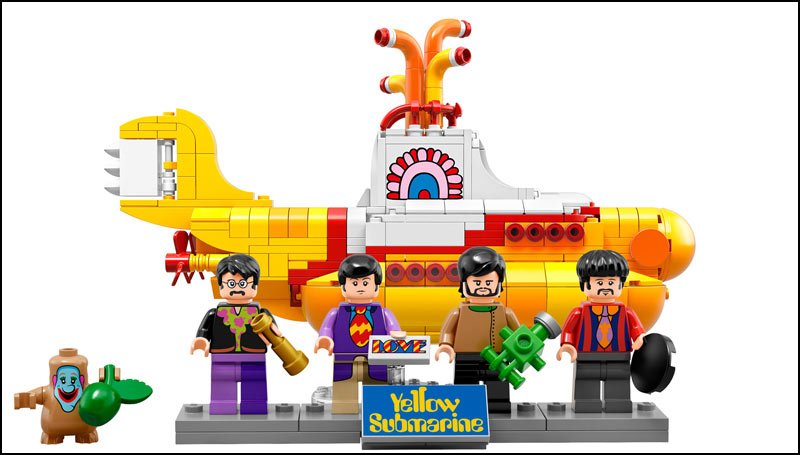 The Yellow Submarine Lego Set set looks awesome once put together. You can see here how colorful and cool it really is.