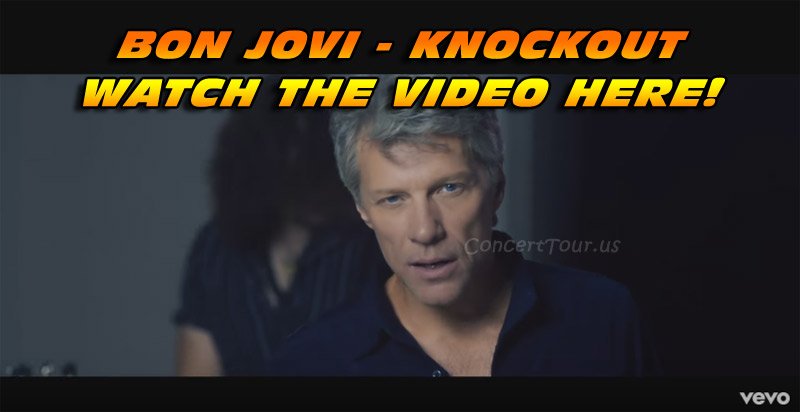 Fan of the band Bon Jovi? Well of course you are! While we are all waiting for the latest studio album from Bon Jovi, another song from the album has just been released and you can find the music video for ‘Knockout‘ just below. Of course you all are aware that this latest album of theirs is without Richie Sambora, but the music still sounds great. So far ‘This House Is Not For Sale‘, which was the first single released, has had a very warm welcome by Bon Jovi fans and it sounds as if they will also like the latest ‘Knockout‘. Scroll below, give a listen and then please leave a comment of what you think about the new song by Bon Jovi.

Also, don’t forget that Bon Jovi has begun to announce 2017 tour dates and you can already secure your tickets for that. Check out our own Bon Jovi Tour Page for all the latest tour info, look for tickets and more.

KNOCKOUT is the latest song released from the up new upcoming Bon Jovi album. Watch the Music Video Below!