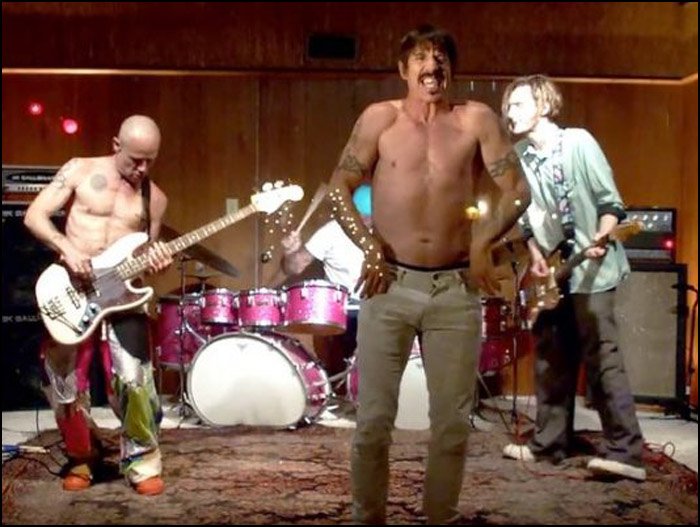 The Red Hot Chili Peppers were in concert this past Saturday night in Los Angeles. They performed at the Silverlake Conservatory of Music. They performed 7 songs, which included Ramblin’ Man (The Allman Brothers Band cover), Dark Necessities, I Like Dirt, Goodbye Angels, Under the Bridge, By the Way and Purple Haze (Jimi Hendrix cover). Even though the entire performance was a great thing to see and hear, their version of Jimi Hendrix’s Purple Haze was awesome (you will find the music video below). It was filled with the raw energy that the Red Hot Chili Peppers put into everything they do. When the show was over, Flea (the band’s bassist) Tweeted out this message “Such a righteous f*cking party last night! Huge thanks to the artists and musicians and supporters who all made this happen. Hey @lurie_john josh got your beautiful painting. Mo Ostin is the coolest. Thomas Houseago is spinning galaxy.”

Recently, fans of the Red Hot Chili Peppers have had long waits for the band to release new albums. Four years went by between By the Way and Stadium Arcadium, five years between Stadium Arcadium and I’m With You, and another five years between I’m With You and The Getaway. But now, just two years after the release of The Getaway, Anthony Kiedis has told the New York Post a few weeks that the Chili Peppers are headed back to the studio to begin work on a new album. Kiedis doesn’t like to keep fans waiting, either. He revealed that the Chili Peppers will begin work on a new album in about two weeks.

For now, scroll down and check out the boys performing Jimi Hendrix’s Purple Haze.

Check out the video below of the Red Hot Chili Peppers covering Purple Haze by Jimi Hendrix.