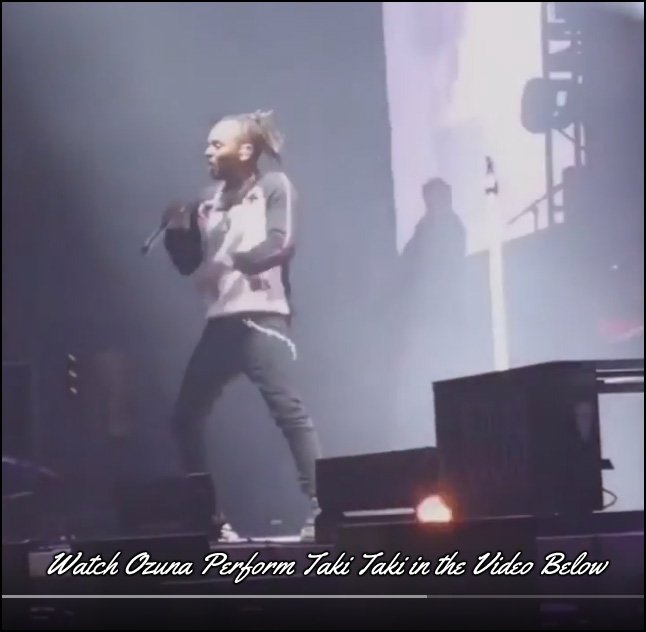 If you’re a fan of Reggaeton music and Latin music, then there’s no doubt that you’ve heard of the young entertainer named Ozuna. He’s presently on tour and his fans are going absolutely wild to get to see him in concert. Tickets were hard to get a hold of and not all of his followers got to see him perform his magic, so we are posting this fan filmed video from the other night, and it shows off Ozuna performing one of his musical song hits, named Taki Taki.

Ozuna is still on his Aura Tour which, as of right now, ends in the end of December of this year, but of course fans are hoping that he extends his tour dates in North America to cover 2019 dates also. We can not confirm that more dates are on the way, although you can keep your eyes on our Ozuna tour page here, and if he adds to his trek, we will certain post the news as soon as it comes out. As for now, scroll down and enjoy some Taki Taki by Ozuna!

This still picture was taken from the video below where Ozuna is performing the song Taki Taki live in concert.