Elton John Gets Busted Without a Mask in Italy 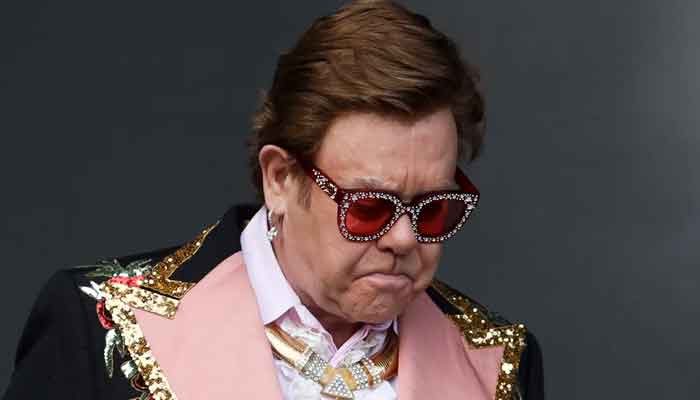 Elton John is busy right now trying to explain himself after he was caught out in public in Italy without wearing a face mask. (Check out his latest Tour Schedule here) A photograph of Elton ‘breaking the rules’ has been circulated as it went viral in the past day or so. The picture that was taken was just outside of a hotel in Capri, which is an island of Italy. A U.K. publisher The Guardian said that Codacons, which is the leading consumer association in Italy, filed a complaint with authorities in both local and regional regions. They stated that Elton John broke the mandatory mask rules as set forth in that region. They continued that he should be fined more that $1,000 for not doing his part in preventing the viral spread of Covid-19. 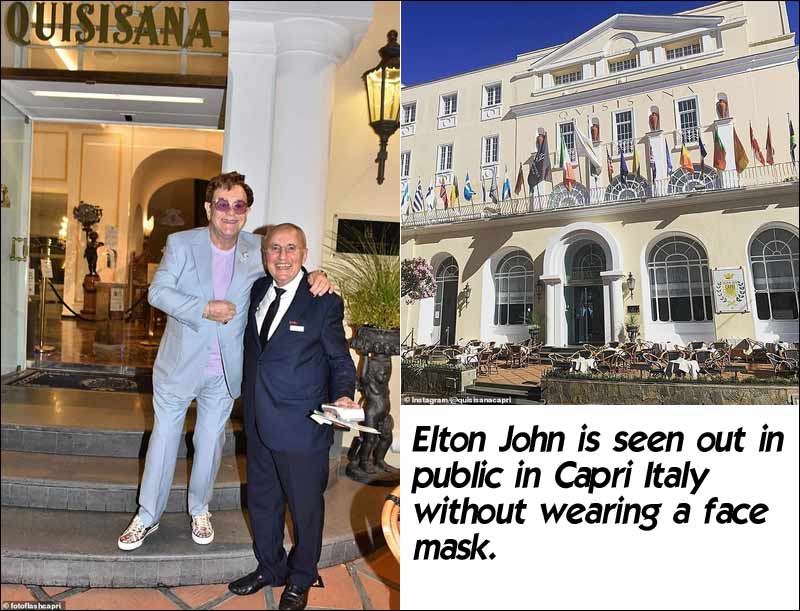 The Guardian received a response from a representative of Elton John saying “Elton is respectful of local rules and fully supportive of wearing a mask in public to protect himself and others. When pictured, he was at an outdoors restaurant, on his way to his table to sit down and eat with his family. He can clearly be seen putting a mask on immediately after.” A highly respecting business man on Capri, Roberto Russo, who’s also a friend of Elton John, said that Elton wore a mask the entire time he was with him during that visit.


Two photographs were presented by Codacons. One shows Elton walking towards a table on the hotel’s terrace, without a mask. The second image has Elton posing for a photo with a member of the hotel staff, again without a mask.

“He put his arm around someone and greeted people without wearing a mask,” said a spokesperson for Codacons. “He was out in the open in a public space – the law must be respected by everyone, including celebrities from abroad.”

Marino Lembo, the mayor of Capri, told the Guardian he would investigate the claims, but added that he felt they were “a bit exaggerated.”