Bruce Springsteen and his Motorcycle Are Helped Out By NJ Bikers 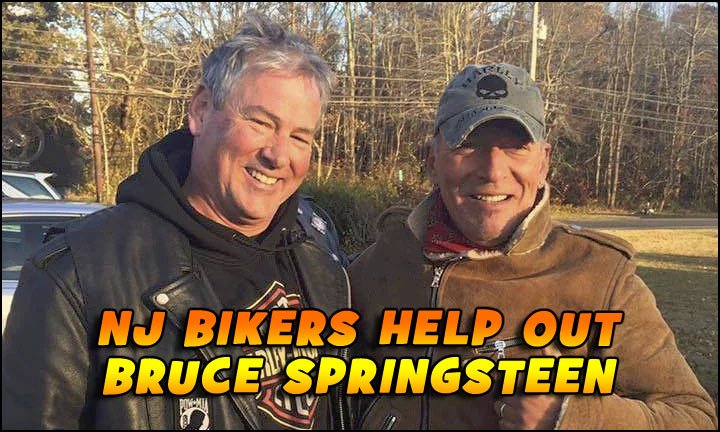 If you happen to be cruising on your bike on New Jersey streets, one thing you would never really expect to find is one of New Jersey’s most famous musicians on the side of the road with their broken down motorcycle. Well that’s exactly what happened to these New Jersey bikers. Riders known as ‘Bikers from the Freehold American Legion’ were cruising just after an event for Veterans Day when one of the bikers, Dan Barkalow, said he noticed a stranded motorcyclist a ways up from him, near Allaire state park in Wall Township NJ. When asked about it, Barkalow said “Bikers gotta stick together, I stopped to see if he needed help, and it was Bruce Springsteen.”

Barkalow says they tried to help get his bike running, but when they couldn’t, Springsteen, donning a brown riding jacket and a red handkerchief, jumped on the back of Ryan Bailey’s bike and then proceeded to a local bar so Bruce could wait for his ride. “We sat there and shot the breeze for a half hour, 45 minutes till his ride showed up,” Barkalow said. “Nice guy, real down to earth. Just talked about motorcycles and his old Freehold days.”

Bruce Springsteen was raised in Freehold and actually still lives in the state New Jersey. The American Legion post says that Bruce Springsteen is 100% eligible to join the Legion since his father was a veteran.

Dan Barkalow, left, and Bruce Springsteen pose for a photo after he helped the rock star when he was stranded on a road in New Jersey.