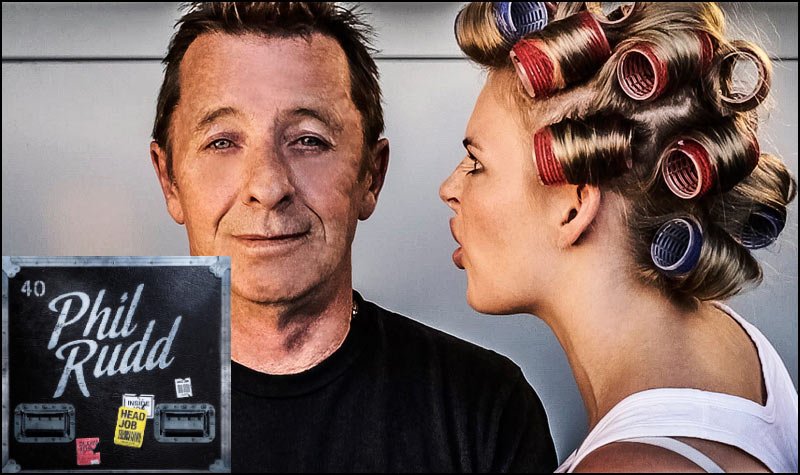 It’s almost as if you’re so close to the band AC/DC, but just can’t reach out and touch them, but here comes the legendary Phil Rudd with his own band, with his own music. Phil Rudd (formerly the ORIGINAL drummer of the almighty AC/DC, but left out of the band’s last live run) is ready to release his own, new album, with his own band. The album’s name and it’s first released track is called ‘Head Job‘ and it does NOT let down. While not taking too much from AC/DC, Phil Rudd has created his own Rock and Roll sound, and I freaking like it! If the entire new album shows to be as good as the single Head Job is, then we are all in for a very special treat. … Scroll Down below and check out the Head Job video. Remember, you are NOT listening to AC/DC, so get that out of your head; This is Phil Rudd with his new band, a whole new sound, and so far it is great. Enjoy!