Carrie Underwood Falls and Injures Herself in Accident At Home 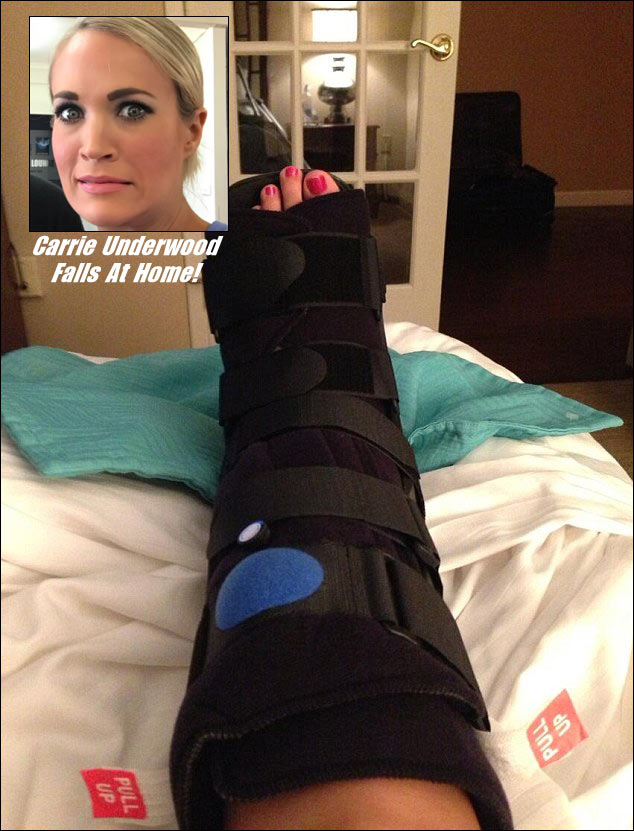 This past Friday night was a scary one in Nashville for the country super-star Carrie Underwood. She fell on the steps outside of her home in Nashville and it was quite serious, although thankfully not life threatening. A statement was given to The Tennessean by the spokesperson of Carrie Underwood. It explains the freak accident and says the lovable country cutie was taken to the hospital. While there, she was treated for several injuries including some cuts, bruises and a broken wrist. The spokesperson added that it would take ‘some bit of time’ for Carrie Underwood to go through recovery and therapy, but the entertainer ‘greatly appreciates all the wonderful prayers and well wishes’ from her supporters and fans.

The fall happened just two days after the “Something in the Water” singer co-hosted the CMA Awards alongside Brad Paisley for the 10th consecutive year. She was scheduled to perform at Sunday’s Country Rising benefit concert at Bridgestone Arena, but canceled following her accident. George Strait, Jason Aldean, Chris Stapleton, Reba McEntire, and Keith Urban are just a few of the artists slated to appear at the star-studded benefit concert that will raise funds to help those affected by recent tragedies including the Las Vegas shooting and hurricane ravaged Texas, Florida, Puerto Rico and the Caribbean.

During this past Wednesday night’s CMA Awards show, Carrie Underwood put on one of the night’s most emotional and talked about performances of the entire evening when she paid tribute to music industry icons and those killed at the Route 91 Harvest Festival shooting in Las Vegas. She sang the classic Christian hymn “Softly and Tenderly” as photos of those lost displayed behind her and it was very, very moving and emotional. You can watch Carrie Underwood’s wonderful performance in the video shown below.

Country music star Carrie Underwood hurts herself in fall at Nashville home. Pic is NOT of her actual injury.