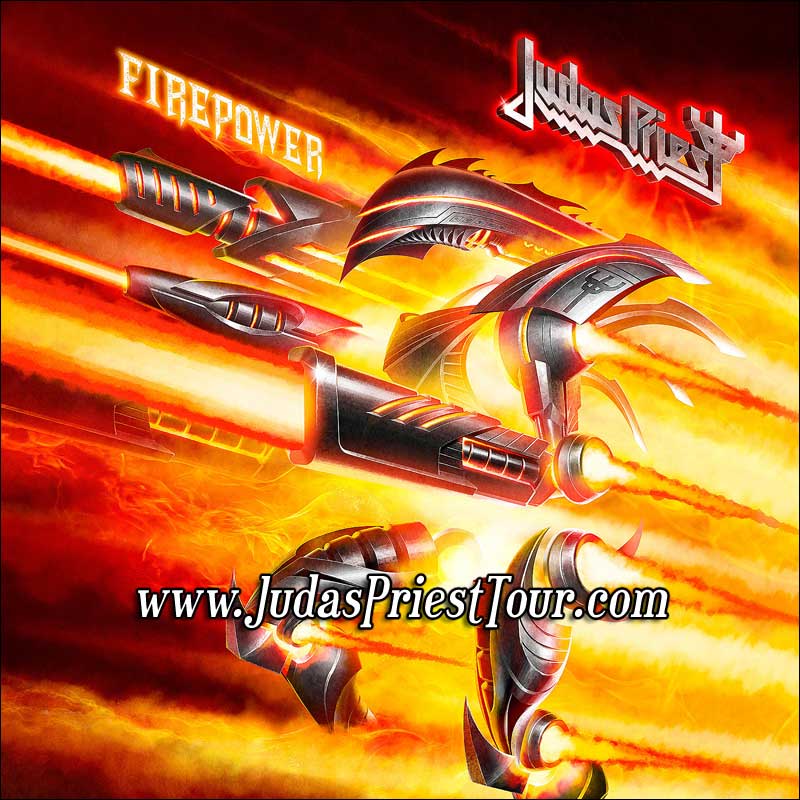 Even though the album will not be physically available for purchase until March 2018, Firepower, the latest studio album coming from metal Gods Judas Priest has officially been leaked. The cover art work has been released and can be seen below and a part of the track ‘Firepower’ (or what we are guessing is) has also been released. You can hear that too below and it sounds great. It sounds like Judas Priest on steroids if you ask me, but it is a small clip so we will have to wait until more of the song(s) are released. Lead singer Rob Halford was quoted as saying “It’s great. This is what Priest lives for. We’re a hard-working metal band still making the metal 40-odd years later, thanks to our glorious metal fans around the world. So we make music now, obviously, still for our own pleasure and enjoyment, and the challenge of finding a new riff and a new melody is always very … it’s a great feeling.”.

Firepower will be band’s 18th studio album. It is being co-produced by longtime collaborator Andy Sneap and Tom Allom. Judas Priest will be on tour in 2018 in support of the album, with the North American part beginning on March 13 in Wilkes Barre, Penn., and wrapping up on May 1 in San Antonio. Judas Priest has actually been nominated this year to join the Rock and Roll Hall of Fame. While they are up against some tough competition, here’s to Rob Halford and the boys from Judas Priest getting nominated for entry into the Hall of Fame; Let’s hope they win.