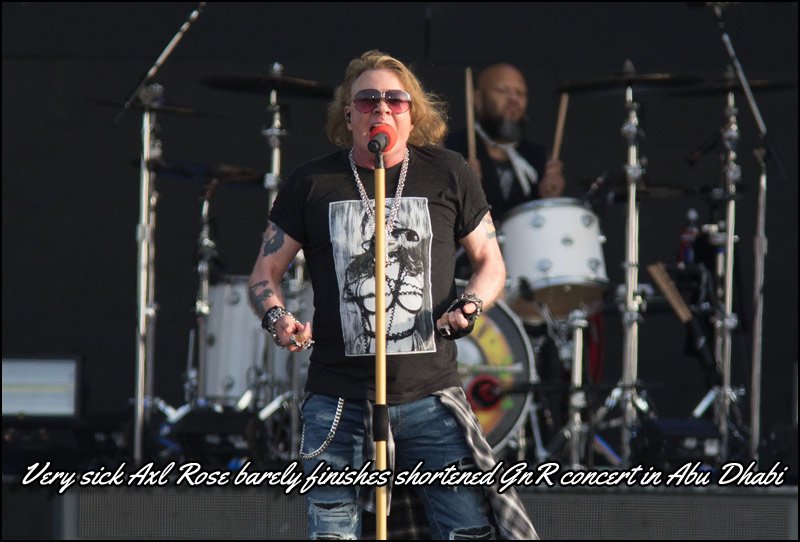 This past Sunday, Axl Rose went on stage and performed even though he was extremely sick. Guns N’ Roses decided to end the concert a bit early because of Axl’s condition. Rock N Roll band Guns N’ Roses made it through twenty songs at Abu Dhabi’s Du Arena. Usually GnR will play about 28 songs, depending on the show. The band did perform hit songs including “Welcome to the Jungle,” “Sweet Child O’ Mine” and “November Rain” during their 2 hour concert. What the exact illness was, we do not know. “So they’ve got me on IVs and a bunch of injections because I got sick today,” Axl Rose, who is 56 years old, said at the concert. He continued and said “I’ve been throwing up for about the last five hours. So instead of cancel, I’m gonna do the best show we can for you.”. The band’s Not In This Lifetime Tour is set to continue with upcoming shows in Johannesburg, South Africa, and Honolulu.