A KISS Reunion? Looks like their last show ever may make it happen. 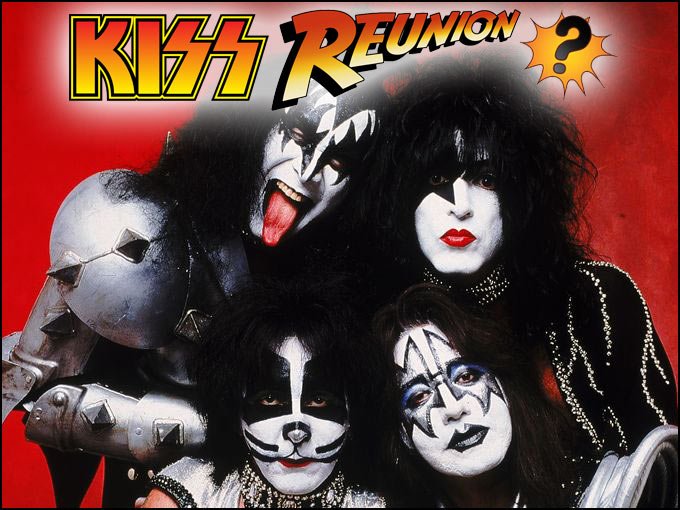 KISS recently announced the date of their last live concert ever. The last KISS show will take place on July 7th, 2021. That show will happen in New York City, and will wrap up the band’s ‘End of the Road‘ Tour that began last year. When it’s all said and done, the End Of The Road Tour will have performed live in over 165 different dates, in venues that span the globe. Ever since the tour was originally announced, KISS fans all wondered if the band would play some of the shows with the original members of the band; Peter Criss and Ace Frehley. It seemed like a possibility especially because very recently things seemed to be alright between Gene Simmons, Paul Stanley, and Ace Frehley.

KISS’ manager Doc McGhee had mentioned on the ninth annual ‘Kiss Kruise’ that the band is open to reuniting with all former members at the final concert. “We want to include everybody that played with KISS to celebrate the 45 years of KISS,” he said. “And everybody — Vinnie Vincent and everybody else — that [has] played with KISS is part of this whole celebration of 45 years. So, we’re still looking at what we’re gonna do on the final show of KISS.”

Supposedly both Ace Frehley and Peter Criss have already been asked about being part of the final show, in some form or another. But, he also said, “It’s pretty difficult. When people say, ‘Oh, you should bring Ace and Peter up.’ How do you do that when you have two Catmen and two Spacemen? So you say, ‘Okay. You don’t wear makeup and you wear makeup.’ And then they [Ace and Peter] go, ‘Well, that was my makeup.’ I don’t know. So it’s real hard to do, but we’ll figure it out because they’re very much a part of the heritage of KISS. And they’re acknowledged by Gene and Paul and everybody in this room as the founding members… So. it’s important to you guys [and] it’s important to us. It’s just a matter of the balance and we can bring it where it works for everybody and everybody is having a great time.” … Check out the video below to listen to Doc McGee talk about the final KISS show.

Could KISS fans’ dreams come true? Will the band reunite with previous and original members for their last show ever?