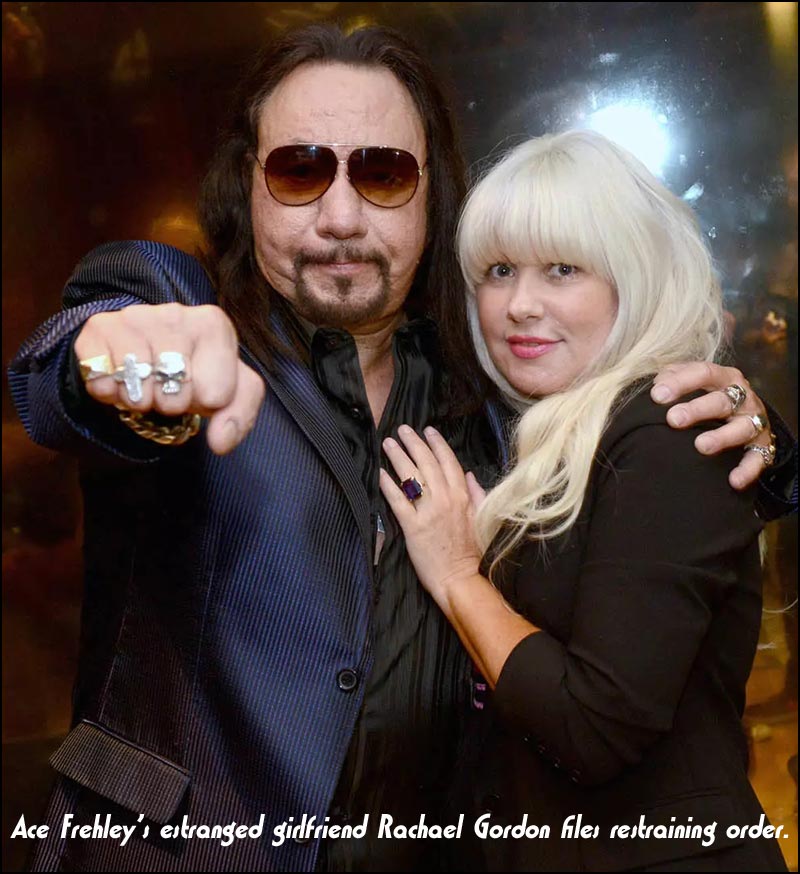 It seems as if the relationship between Ace Frehley and his estranged girlfriend has gotten even worse. According to Rachael Gordon, who says she has been in a relationship with the former KISS band member for about 11 (eleven) years, the musician came home without warning after a business trip and barged into the house. Ace was supposedly accompanied by 2 body guards, plus his daughter Monique. According to the complaint, Ace said nothing after entering the home, and went directly to his office to grab his guitars and all his gold records. One of his bodyguards supposedly threatened to physically hurt Gordon, and Ace’s daughter Monique yelled at her “You are a skank and my family will kill you.”. Rachael said the incident caused her to be terrified for her life, in shock, and paralyzed with fear & anxiety. Ace responded to the complaint, and said that the accusations are not true, and totally baseless. Ace even said that he has testimonies from 7 (seven) witnesses which will support his side of the story. There is a court hearing planned for January, so we’ll just have to wait and see how this pans out. Ace and Rachael dated for about two years from 2008 to 2010, and the two got engaged on December 31st, 2010. They were then engaged for 8 (eight) years.

After being engaged for 8 years, Ace Frehley’s estranged girlfriend files for restraining order.