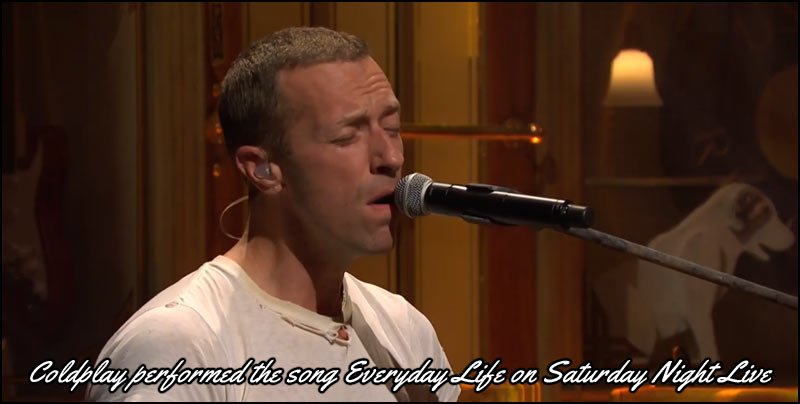 Coldplay is back and their latest studio album is set to be released on November 22nd. The new album is called Everyday Life, and one of the songs, which happens to have the same name, was just performed by Coldplay on Saturday Night Live. Initial response from fans for the song Everyday Life can be found all over social media, and the outlook is very good. From just a glance, I saw some very positive comments, even from people that were not necessarily fans of Coldplay to being with.

Below you will find 2 (two) versions of the song, both in video format. One is the studio release directly from Coldplay themselves. It’s a ‘Lyrics’ video so all that is displayed is an animated vinyl record player, but it’s the studio recording of the song. The second version is a video of Coldplay performing the song live on the television show Saturday Night Live on November 2nd (2019). Since the band has a new album coming out shortly, we are guessing that a concert tour is in order for Coldplay, but that is just our guess and we’ll just have to wait and see what happens. For now, enjoy the videos below.