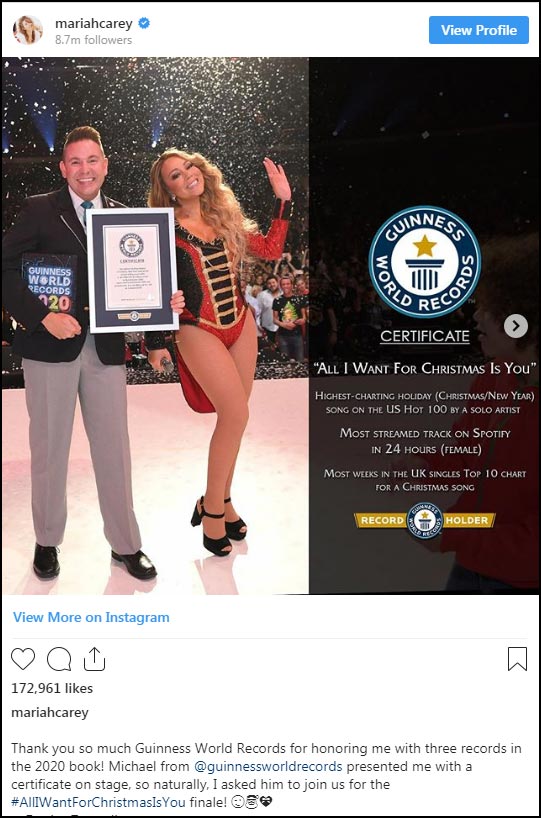 As if Mariah Carey is not popular enough, the singing sweetheart was just honored with 3 (three) world records from the Guinness World Records organization. The records were given to Mariah Carey due to the longevity and legacy of her song ‘All I Want For Christmas is You‘. It’s the highest-charting holiday song which has even been on the Hot 100 by a single artist. Last December the song was reported to be streamed almost 11 million times on Spotify over a 24 hour period. The song also spent the most weeks on a Top 10 Christmas song music chart over in the UK. All 3 of those records will be present in the Guinness World Records 2020 Edition book. The singer was on stage in Las Vegas, performing one of her holiday shows, when she graciously accepted the honors.

If you look below, you’ll find Mariah’s Instagram post about it, and her music video for ‘All I Want For Christmas is You’.

Here’s a screen shot of the Instagram post that Mariah Carey made about her and her 3 Guinness World Records.