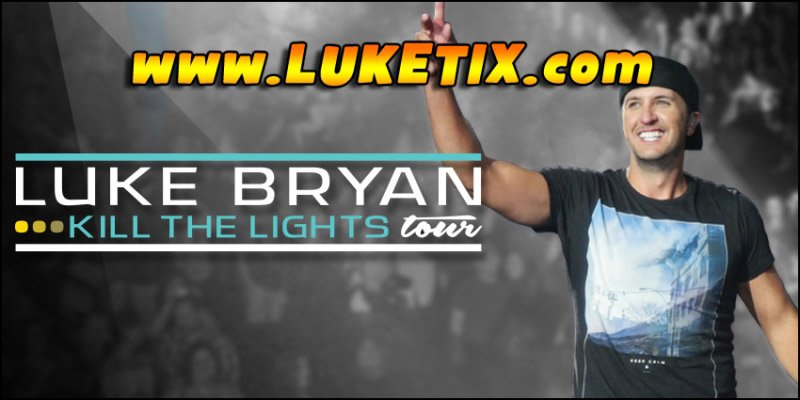 While it is a little early for some performers to start to release their tour plans for this coming 2017 year, country music superstar LUKE BRYAN has already announced his extension of his Kill The Lights Tour which took place over almost the entire 2016 year. His shows last year were all successful concerts, he won all sorts of awards, and the spotlight never left Luke Bryan. I’m pretty sure this year will be the same. So far as of this writing, Luke Bryan on his 2017 Kill The Lights tour with Brett Eldredge, has released about a dozen official concert dates. These show dates span from mid-February through mid-March and hit up cities & states such as New York City, New York, West Virginia, Indiana, Arkansas, Columbia, SC, Jacksonville, FL, Providence Rhode Island, Virginia, North Carolina, Alabama, Wisconsin and more. Hopefully too there will be many more dates added soon. Knowing the energy Luke Bryan has, we actually expect a much larger tour to be announced soon.

Check out our LUKE BRYAN Tour Page for all the latest 2017 Tour Information, to look for tickets, and more!

LUKE BRYAN is starting his 2017 tour early, so get your tickets now! See him & his Kill The Lights Tour at a venue near you!

Luke Bryan – Here’s To The Farmer