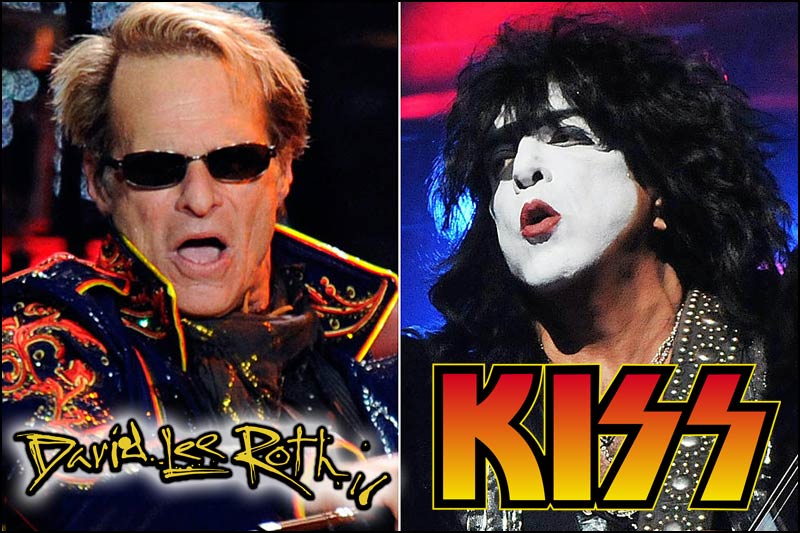 Back in the 80’s, I personally saw KISS at Madison Square Garden in New York City, and David Lee Roth opened for them. It was actually quite a good show. Well, fast forward about 35 years and look at today’s news, ‘David Lee Roth to Open for KISS on their 2020 North American part of the End Of The Road Tour’. Wow, talk about deja-vu. The band KISS is presently on their last tour ever (but is it really?), which they have called the ‘End Of The Road’ tour. KISS’s upcoming North American trek begins on February 1st in Manchester, New Hampshire. The tour will continue on through October 2nd where it ends up in Fort Worth, Texas. The entire tour will be made up of two parts, with shows in South America and Europe taking place in between. David Lee Roth has even more plans. He has a short residency planned in Las Vegas, and when questioned about more shows, Roth did say that there is a good possibility of more shows after his Vegas stint. Don’t forget that according to the band KISS, this will be the last opportunity for fans to see them live in concert. If you’re a fan, you better get yourself in gear and grab some tickets to see KISS live in concert.

80’s Rock Music fans check this out! David Lee Roth will be opening for KISS during their 2020 North American leg of their End Of The Road Tour.