Tom Petty Estate Feud between Widow and Daughters is Over 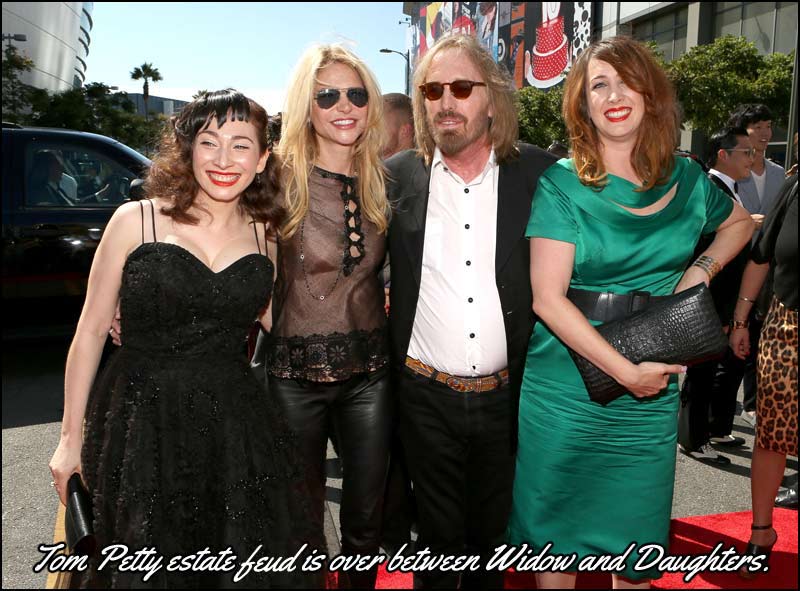 It became quickly known that after the passing of Tom Petty, there was going to be some sort of an issue between his widow and two daughters over his estate. It began when his daughters Adria and Annakim Violette felt that they did not get their fair share of the rocker’s estate when it was handled by Tom’s widow Dana York Petty. The two daughters sued his widow for 5 (five) million dollars. Just recently though, legal documents were discovered that show there was some sort of ‘settlement agreement’ that transpired just a couple of weeks ago on December 10th. During the dispute, the release of Wildflowers box set was due out because of its 25th anniversary (yes, the album is 25 years old), but that release was postponed due to the demands of daughters Adria and Annakim. Now that the dispute is over, hopefully the Wildflowers 25th anniversary box set will now be released. Sometimes these lawsuits between ‘family’ members are just ludicrous. You see the real side of people when loved ones pass away, and it’s sad.

Tom Petty daughters Adria and Annakim, and his widow Dana York Petty, have settled their lawsuit over the late musician’s estate.