Atreyu is an American alternative metal band from Orange County, California, who formed back in 1998. The group is made up of lead singer Alex Varkatzas, guitarists Dan Jacobs and Travis Miguel, bassist Marc “Porter” McKnight, and drummer/singer Brandon Saller. The band, to date, have released 6 studio records and fans are hoping for the seventh to be hopefully released soon (It’s called ‘In Our Wake’ and it’s due out very shortly.). Their records they have released include Suicide Notes and Butterfly Kisses (2002), The Curse (2004), A Death-Grip On Yesterday (2006), Lead Sails Paper Anchor (2007), Congregation of the Damned (2009), and Long Live (2015). The band actually had broken up back in 2011, and then recently reunited in 2014 and have stayed together since. Past members include Chris Thompson, Kyle Stanley and Brian O’Donnell. Some of the more popular song titles from Atreyu that you may recognize include Becoming The Bell, Bleeding Mascara, Right Side of the Bed, Ex’s and Oh’s, Lose It, Her Portrait In Black, Falling Down, The Crimson, Blow, and When Two Are One.

Presently, the band Atreyu has laid out their plans for their In Our Wake 2018 Tour, which runs from early November on through mid-December. Their full tour itinerary can be seen below. So far they have released about 30 tour dates in North America, but fans are hoping for them to expand the tour and add a whole slew of additional venues and cities. Some of the cities already on their list include Phoenix, Albuquerque, New York City, Houston, Atlanta, Baltimore, Tampa, Baton Rouge, Boston, Detroit, Chicago, Rochester, Greensboro, San Francisco and more.

Continue on to find the latest list of Atreyu tour dates, links to look for tickets, plus some cool Atreyu music videos. 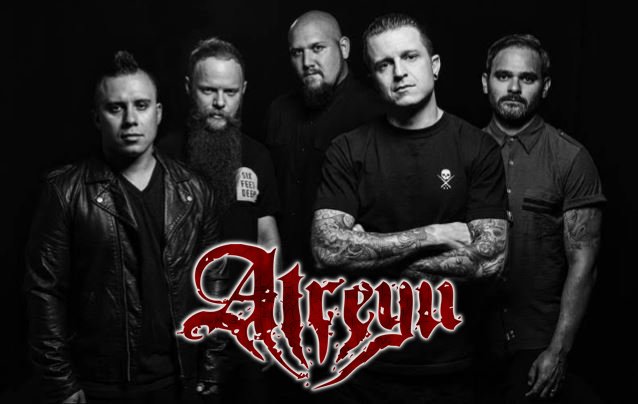 Atreyu will be releasing their 7th studio album, In Our Wake, soon and will also be on tour that has the same name.

Check back often as it’s quite common for performers to add dates to their concert tour.