Hugely popular Barbra Streisand announces small handful of concerts for late 2016 :
If you’re a fan of the singer Barbra Streisand, you may be in for some luck still this year. Barbra Streisand has a handful of tour dates planned for the end of 2016 (November & December). Right now it’s only a small handful of dates, but we are hoping that she announces a full blown tour. Just performing in 4 or 5 venues is not enough for the popular singer, especially because of the amount of fans she has. She could easily fill stadium and arenas across the globe, but for now we’ll just have to deal with this tease of a tour. Keep an eye out though because we have a feeling she will be adding more dates.

Look Below for the latest list of Official BARBRA STREISAND tour dates, links to look for tickets, and some cool videos of Barbra’s more famous songs from her career. 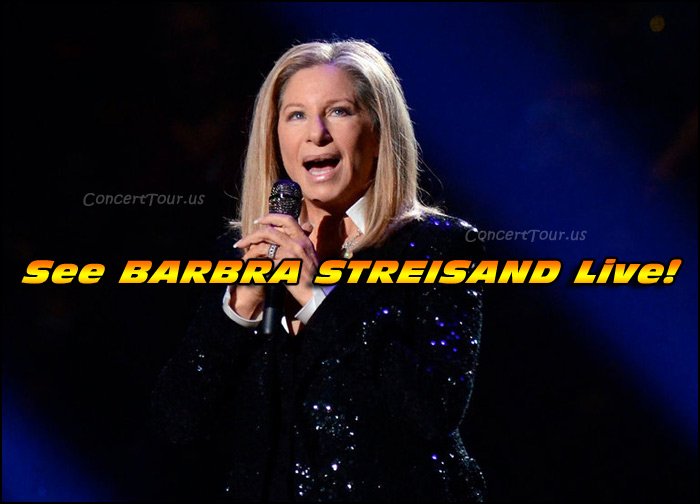 Check back as we believe Barbra Streisand will be adding more shows to her tour itinerary.

Barbra Streisand with Melissa McCarthy – Anything You Can Do