Blink-182 has just made all their fans very, very happy. The pop-punk super-stars have just announced a new leg of 2017 North American tour dates, for now staying within America’s southern states. Blink-182 had an incredible year last year, hitting No. 1 on the Billboard 200 with their seventh studio album, California. To make things even better, the songs “Bored to Death” and “She’s Out of Her Mind” also hit No. 1 on Alternative Rock radio music charts. Last summer, Blink-182 ‘hit the streets’ for a very successful tour with A Day to Remember, All American Rejects and All Time Low. For this time around however, Blink-182 will be joined by The Naked and Famous, and Wavves as supporting acts.

“We’re all very excited to continue touring,” says Blink-182. “After spending all summer out on the road, we came home to finish the deluxe edition of California, and now we’re ready to get back out there. Some festivals, a rodeo, playing cities we’ve never played before, it’s going to be a fun 2017!”

Look Below for the latest list of Official BLINK-182 tour dates, links to look for tickets, and some cool videos of some of their more popular songs.

2017 is looking to be a big year for the band BLINK-182. Catch them in concert at a venue near you if you can.

*with The Naked and Famous
^with Waaves

Check back often to see if Blink 182 adds any more dates to their schedule. 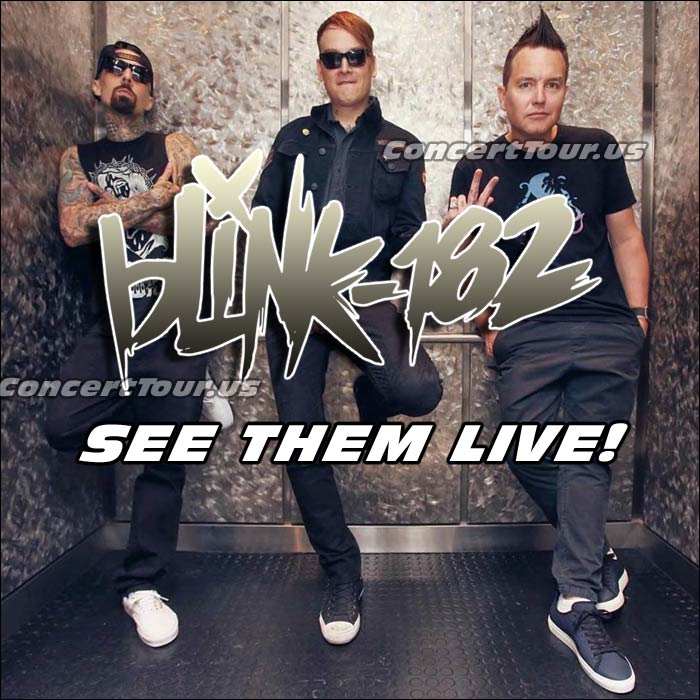 Blink-182 fans are extra excited! Their favorite band is going on tour this year. Don’t miss your chance to see BLINK 182 Live in Concert!