Katy Perry released new music & is hitting the road in support of it. Welcome to her ‘Witness: The Tour’ :
Witness: The Tour is the upcoming fourth concert tour by American singer-songwriter Katy Perry, in support of her fifth studio album, Witness ( coming in June of 2017). The album Witness is due out on June 9th and her concerts begin in early September. That’s enough time for her fans to get hold of her new album, listen to and get used to her new songs; Although she will release songs individually as the release of the album gets closer. Katy Perry will be on the road for quite a while. So far just in North America there are over 40 dates etched in stone and some of those extend into next year (2018)! So it appears as if Katy Perry will be busy for quite a while. Although she was one of the multiple musical entertainers to outright verbally oppose the present President of The United States (which has affected her fan base), we’re pretty sure she should still be able to pack the fans in.

Look below for all the latest Official Katy Perry tour dates, links to look for tickets, plus some cool Katy Perry videos. 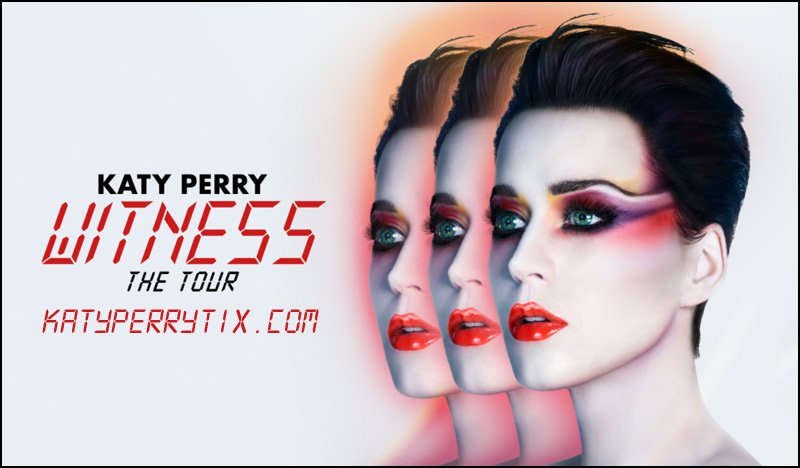 Don’t miss your chance to catch KATY PERRY Live on Tour this year! With so many venues to choose from, you should have no problems going to a show.

Check back often to see if KATY PERRY adds any additional dates to her tour schedule.