One of today’s hottest metal hard rock bands Metallica, have announced their plans to release a new album and a 2023 concert tour. The new album, which is being called 72 Seasons, is slated for release on April 14th and the band has officially stated their tour plans for the 2023 year. Also with that news was released a new song and music video called ‘Lux Æterna’. We just listened to it and we freaking love it; It’s classic Metallica and fans should be going absolutely nuts about it right about now. The trek known as the M72 World Tour, will be travelling the globe. For North America, about 25 shows of the 2023 Metallica tour have been announced so far, mainly in large arenas and stadiums. Lucky cities to be graced with the presence of the Metallica Tour 2023 include Chicago, Seattle, Minneapolis, St. Louis, Detroit, New York (Flushing/Queens), East Rutherford, Inglewood (Los Angeles), Foxborough, Arlington and more. The cities in Canada include Edmonton, Alberta and Montreal, Quebec City. The band Metallica has been around since 1981 and I have to admit that the band still sounds tight and loud. Lead singer James Hetfield, who is around the 59 years old mark, still sounds great and his voice is still quite strong. I’d really like to hear some very old songs from early in their career. As big fans, we can’t wait to see Metallica live in concert again. Let’s just hope that more Metallica tour dates are announced soon because there’s a lot more fans that need their fix. Supporting special guests include PANTERA, Mammoth, Five Finger Death Punch and Ice Nine Kills.


Check down below for the latest official list of Metallica tour dates. You’ll also find links to look for tickets, and a playlist of some of Metallica’s more popular music videos. 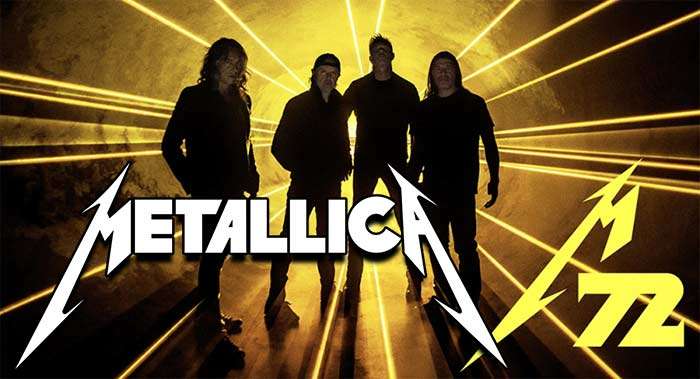 Don’t miss the Metallica Tour 2023 when it comes to a venue near you.

There’s a good chance that the Metallica Tour 2023 will be extended with additional tour dates. Check here often as we will keep the above event lists updated with the most recent itinerary.