Yes, you read that correctly. While it’s not actually Pantera as we remember them, it’s really not that bad of a lineup and we personally think the shows will be great. The best and most well known line up of the band included singer Phil Anselmo, drummer Vinnie Paul, guitarist Dimebag Darrell, and Bassist Rex Brown. Back in the late 80s and into the 90s, Pantera ruled the thrash metal scene and no band at the time even came close. Sadly, while playing a live concert in Columbus, Ohio, a very mentally unstable fan jumped on stage and shot and killed Dimebag. Since no one could ever replace him, Vinnie Paul went and formed the group Hellyeah and eventually died himself from heart disease in 2018. So now the only two members from the band’s best line up are singer Phil Anselmo and bassist Rex Brown. 2023 will see those two dudes plus Zakk Wylde and Charlie Benante for the reunion run of the 2023 Pantera Tour. Reportedly the ‘reunited band’ will perform at many major music festivals that span across both Europe and North America. They also plan on being the headliner at a string of their own concerts which will be part of the Pantera Tour 2023. As of the writing of this, there have been 4 (four) official Pantera tour dates for 2023 that have been released, and we do expect more of them shortly since the news of the band ‘reuniting’ just came out.


Check down below for the latest official list of Pantera tour dates. You’ll also find links to look for tickets, and a playlist of some of Pantera’s more popular music videos. 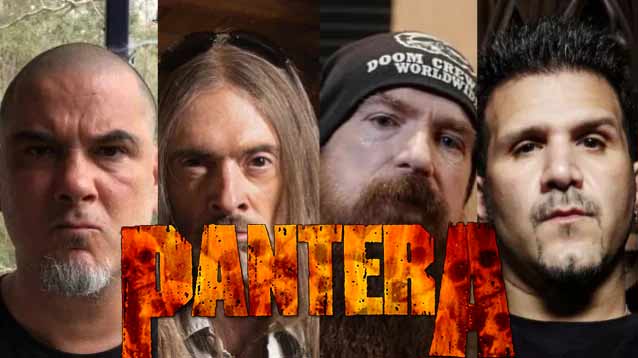 Thrash metal fans get excited because Pantera is back in 2023.

There’s a good chance that the Pantera Tour 2023 will be extended with additional Pantera tour dates. Check here often as we will keep the above event lists updated with the most recent itinerary.