I really do not think that I need to explain who Robert Plant is, but for the completely ignorant, I will drop some info. Robert Plant, in many peoples’ mind, is one of the greatest frontmen in all of rock music. He fronted a ‘little‘ band known as Led Zeppelin and they completely changed the face of rock and roll as people knew it. Led Zeppelin is also known as one of the greatest bands to ever exist. Their symmetry as a band was unparalleled by no one, and no matter what song or tune they kicked out, it was always something very special. Robert Plant is solo now (and has been since the band broke up after drummer John Bonham’s untimely death) and we are awaiting his next solo album which is called ‘Carry Fire‘. A couple of the songs from the album have already been released to a very positive response. Plant was performing over in the UK late last year, but for 2018, he has a North American tour planned.

The initial round of tour dates, all of which are in North America, start on Feb. 9 in Raleigh, N.C., and wrap up about three weeks later on March 2 in Los Angeles. Below you can find the official list of Robert Plant tour dates, links to look for tickets, plus some cool music videos. 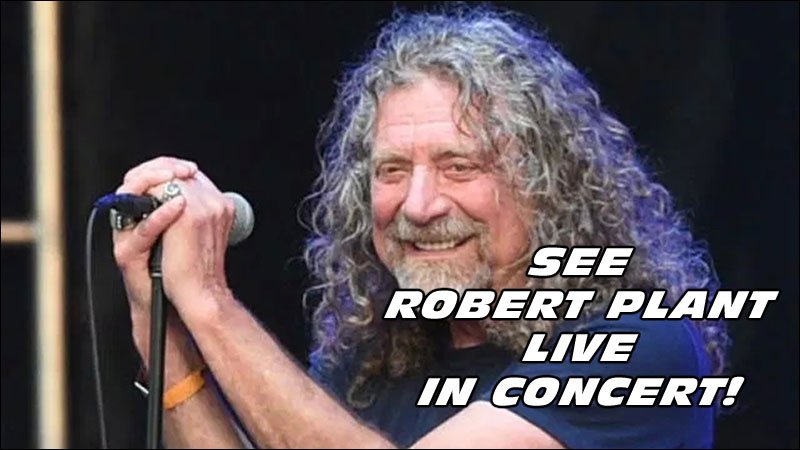 Get Ready Music Fans! ROBERT PLANT is back and he’s going on tour in 2018

Check back often as Robert Plant has already hinted that he will be adding dates to his trek.

Robert Plant – Bluebirds Over the Mountain

Robert Plant | ‘In the Mood’