THE CURE Announce 2016 Tour With ‘The Twilight Sad’ :
It certainly has been a while since we’ve heard anything from the band The Cure. The band is made up of Robert Smith, Simon Gallup, Jason Cooper, Roger O’Donnell and Reeves Gabrels. Robert Smith (lead vocals) is the most well known out of them all and is known for his ‘I just woke up‘ look. The Cure has just announced their tour plans for part of 2016 and it includes 25 tour dates in North America. A few of the concert stops hit up Madison Square Garden in New York City, The Hollywood Bowl in Los Angeles and UIC Pavilion in Chicago. According to the band’s website, the rest of their tour dates will be released in January of 2016. Fans will just have to wait until then to find out where else The Cure will be performing the rest of their live shows. Joining them on their tour as a supporting act is the Scottish band The Twilight Sad.

The Cure has a very large following and has been around since the early 1970s, but really didn’t make it big until the 80s. They’re known for goth-rock, or gothic rock, but have transitioned a bit into what some may call Alternative Rock. Some of their hit songs that you may be familiar with include Lovesong, Pictures of You, Just Like Heaven, Boys Don’t Cry, Close To Me, A Forest, Fascination Street and A Night Like This. Check out the music videos below to hear some of these great songs by The Cure.

Take a look Below to see the latest list of tour dates for The Cure, links to look for their concert tickets, plus some cool music videos. Tickets may be hard to get for these shows considering it’s been a while snice The Cure has been on tour. Make sure you keep up with all the pre-sales and the on-sale to the general public.

Remember to check back because the entire tour schedule for The Cure will be released by the band sometime in January.

Music Video – The Cure at Lollapalooza 2013 (Full Set in HD) 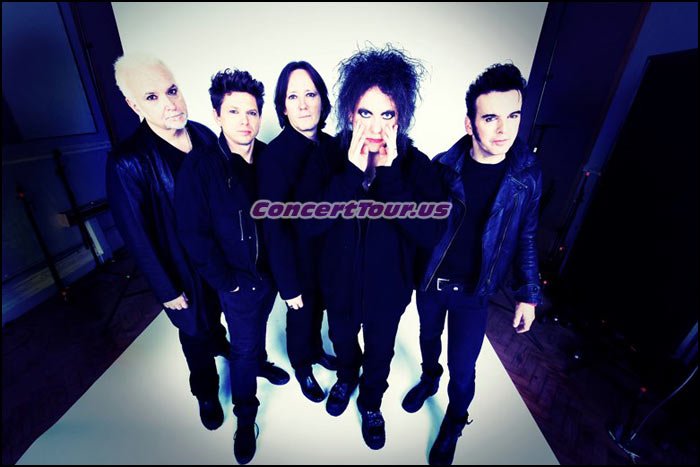 THE CURE are all set to go on tour in 2016. Fans can’t wait to see them live in concert!

Finally THE CURE is going on tour! See them live with supporting act The Twilight Sad in 2016