The Weeknd has exploded in popularity lately and has just announced his latest tour for 2017 called The Starboy: Legend of the Fall 2017 World Tour. This concert tour of his will be visiting over 25 different cities in North America such as Newark, Brooklyn, Detroit, Chicago, Atlantic City, Boston, Miami, Atlanta and more, including stops way up north in Canada. The singer The Weeknd has released multiple platinum selling records and was even recently nominated for a Grammy. His concert tour is scheduled to begin in April of 2017 and tickets can be obtained now through pre-sales and secondary market sellers.

The Weeknd is obviously not his real name, his real name is Abel Tesfaye and for a little while he was pretty obscure. He’s a Canadian PBR&B singer and he also does his own songwriting and recordings. He literally has complete control over every aspect of his songs and music. He hit the music scene big as The Weeknd when he came out of no where and put a couple of videos up on YouTube in 2010. His popularity after that just exploded and now he’s got a huge fan base.

No stranger to the live stage, The Weeknd has been touring on and off since 2011, and he also performs at a lot of live music festivals such as Coachella and others. He’s known for songs such as The Hills, Can’t Feel My Face, Often, Belong to the World and Live For. His song Earned even it made it into the popular movie Fifty Shades of Grey. If his concert trek comes around near you, definitely go see him, you won’t regret it.

Look Below for the latest list of Official The Weeknd tour dates, links to look for tickets, plus some cool music videos from The Weeknd. 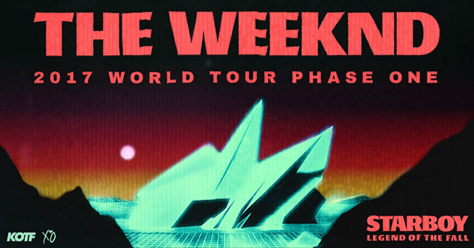 The Weeknd lays out his concert tour plans for 2017. Don’t miss him live near you!

Will The Weeknd be adding more dates to his schedule? You never know, so check back often to see if any new shows are announced.


The above videos by The Weeknd show just how amazingly talented he is. Not only does he have an incredible voice, but he also does a lot behind the scenes to completely put his music together. While many of today’s music stars are JUST singers, The Weeknd trumps them all by having his fingers in all aspects of all his music. His music speaks for itself, just listen above and you’ll have no doubt that he’s extremely talented. 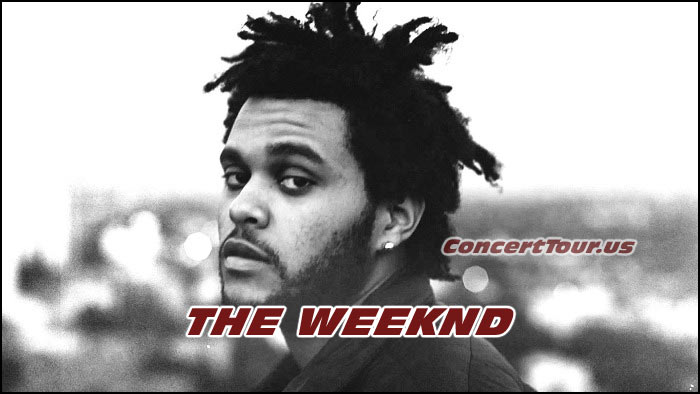