R&B singer / songwriter The Weeknd, real name Abel Makkonen Tesfaye, has just released his plans for his rescheduled 2022 concert tour. He’s calling it The After Hours Tour, and he will be joined by special guest Doja Cat. The planned tour is quite large, and presently consists of about 40 (forty) dates. The trek begins on July 8th at Rogers Centre up in Toronto, then makes its way across North America, hitting up other cities like Chicago, Saint Paul, Pittsburgh, Detroit, Boston, Brooklyn, Newark, Portland, Denver, Dallas, Nashville, Cleveland and dozens more. Also included are other cities in Canada including Edmonton, Winnipeg, Toronto and Montreal. The full tour itinerary can be found down below. The tour is in support of The Weeknd’s latest album After Hours, which was released to the public on March 20th, 2020. It’s the fourth studio album by the R&B star, and his latest since his 2016 release of Starboy.

Look below to check out the full list of official The Weeknd tour dates. There’s also links to help you look for tickets, and a playlist of the top music videos by The Weeknd. 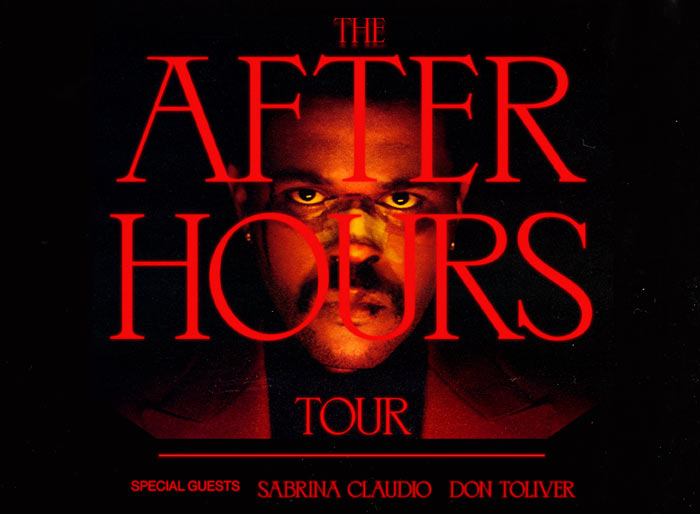 The tour schedule is what you see listed out above. If The Weeknd adds more dates, or extends this leg of his 2022 The After Hours Tour, then we’ll update the above event lists. Keep an eye on this page to see if the planned trek changes at all.

Written and Posted by Philip Dawson