Tom Petty & The Heartbreakers Announce Official 40th Anniversary Tour and it begins on 4/20!! :
Well music fans, the time has finally come. The iconic Tom Petty & The Heartbreakers have officially announced that the band will be going on their 40th Anniversary tour in this coming 2017 year. If you’re a Tom Petty fan than you’ll DEFINITELY want to see him at a venue near you, but even if he’s not coming to your city, you’ll want to make the trek to go and see him wherever he’s playing. Some of the supporting musicians that will be along side him on this tour include the amazing Joe Walsh (from The Eagles, The James Gang, etc) and Chris Stapleton. It just adds to the anticipation and excitement that fans feel now. As of this moment, only North American tour dates have been announced, though fans are hoping that he’ll add more dates, possibly in other countries, as well.

Look below for the latest list of official Tom Petty & The Heartbreakers tour dates, to look for tickets, and to watch some cool music videos. 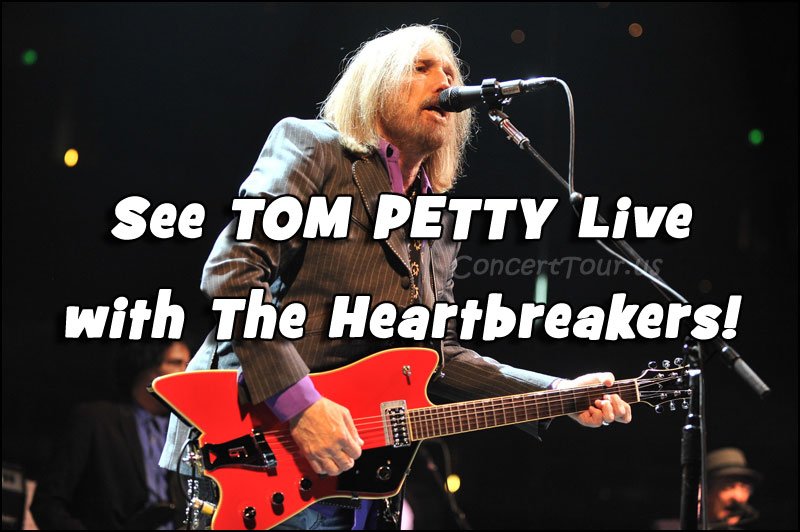 Don’t miss your chance to see Tom Petty & The Heartbreakers live in concert in 2017!!

^ With The Shelters
* With Joe Walsh
** With Chris Stapleton
Check Back often to see if Tom Petty add any more tour dates to his 2017 concert schedule.