Def Leppard ‘Hits Canada’ as part of their 2019 Tour Plans 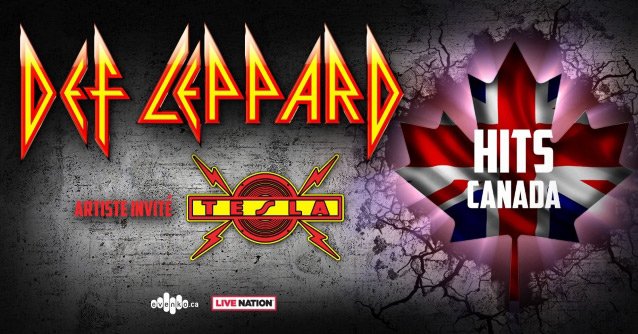 Def Leppard ‘Hits Canada’ : If you live in most any of the major cities around Canada, and you’re a fan of the rock band Def Leppard, then there’s some good news for you that just came out. Rock / Pop band Def Leppard just announced their plans on a Canadian concert tour that will take place during the summer of this 2019 year. The supporting band for the tour will be Tesla. As of the date of writing this, the first concert is scheduled to start on July 12th in Halifax, Nova Scotia and continue on for about a dozen shows, finally ending in Calgary, Alberta at the Scotiabank Saddledome. There’s about a dozen shows planned as of this moment, that includes shows in New Brunswick, Quebec, Ottawa, Hamilton, London, Winnipeg, Saskatoon and Edmonton. A full list of the Canadian Def Leppard tour dates can be found at our Def Leppard tour page. We do not have a set list yet from the band, so we do not know if they will be following just one single album, or do a greatest hits kind of thing. Last year for part of their tour the band just performed from their Hysteria album, but we’ll have to wait and see what they plan to do this year. These guys put on one heck of a great live performance, and they’re a great band: Joe Elliot, Rick Savage, Rick Allen, Phil Collen, Vivian Campbell.

2019 brings us a much welcomed Def Leppard tour up in Canada. They’ll have Tesla as their support act.