Comedian Ventriloquist JEFF DUNHAM Continues His Road Tour into 2022 and 2023 :

Latest ** : Jeff Dunham’s run of his show ‘Seriously!?’ is coming to an end, but his next one is right around the corner. The new 2023 Jeff Dunham tour will be named ‘Still Not Canceled‘ and as fans, we could not be more excited. The slew of new live shows will begin in in late December 2022, and carry on into 2023 when his first show of the year is in early January at NRG Park in Houston, Texas. So far for the Jeff Dunham tour 2023, it is presently scheduled to perform through the end of March, although there are a ton of more shows promised to be announced shortly. Special pre-sale tickets have already gone on sale. See Below Events Lists.** If you’ve never seen Jeff Dunham (which is highly unlikely), he is literally one of the funniest comedian ventriloquists alive today. Not only is his act hilarious, he’s a dynamite ventriloquist also. When he works with his ‘partner puppets’, you can barely see his mouth move and Jeff Dunham has such a wide range of voices and characters he can do. When he has 2 or more of his ‘cast’ argue, it really is funny and shows off how talented he really is.


On tour with Jeff Dunham will be everyone’s favorite characters Achmed (known for his famous ‘I KEEL YOU!‘), Peanut, Walter, Jose Jalapeno On A Stick, Bubba J, Little Jeff, and maybe some new surprises? We don’t know if Jeff Dunham will introduce any new characters into his gig, but we do know that he hand makes each of of them. First he will carve the 3D image out of clay and when he’s fully satisfied, he makes the mold and completely makes & assembles the ‘puppets’ himself. You have to admit that Jeff Dunham is extremely talented in so many ways.


To see him live is a blast and he will literally have you laughing so hard that your stomach will hurt. Even when I re-watch some of his older specials on DVD or cable, I still laugh like crazy even though I’ve seen them before. This new show promises to be great and I can not wait to see Jeff Dunham live with a whole new show.


Look Below for the latest list of Jeff Dunham tour dates, you can also look for tickets and watch some funny videos showing off what Jeff Dunham does best. 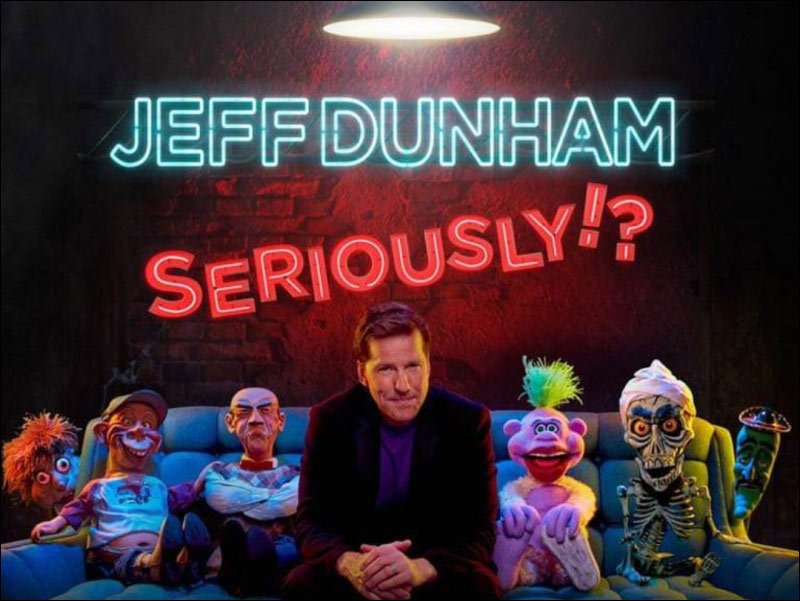 Don’t miss Jeff Dunham’s brand new live show called ‘Seriously?’ when it hits the road later this year. All your favorite characters will be there!

Don’t worry if there isn’t an event date listed above. There’s always a good chance that the Jeff Dunham Tour 2023 will be extended with additional tour dates. Check back here often as we will keep the above event lists updated. 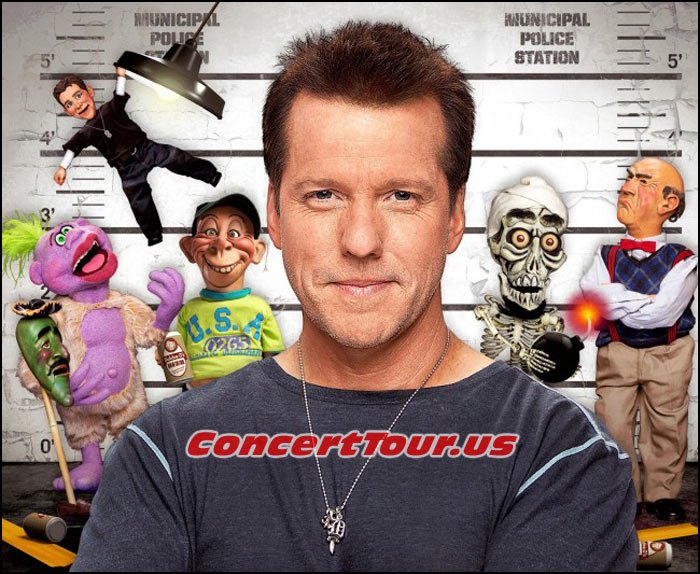 Here is JEFF DUNHAM with most of his characters and crew. Jose Jalapeno On A Stick, Peanut, Bubba J, Achmed, Walter and Little Jeff.