One of the most popular boy bands ever is going back out on tour in 2022, and fans could not be any happier. The Backstreet Boys are back and ready to make you smile. Their DNA World Tour is set for 2022 and you’ll have plenty to chances to see them perform live in concert as their tour schedule is quite large, and they’re playing in some big cities including Spokane, Wichita, Oklahoma City, Los Angeles, Phoenix, Jacksonville, Tampa, West Palm Beach, Charlotte, Bristow, Virginia Beach, Wantagh, Camden, Hartford, and more including several stops in Canada such as Toronto, Quebec, Montreal, and Vancouver. The Backstreet Boys group still consists of the original members; Nick Carter, Kevin Richardson, Brian Littrell, AJ McLean and Howie Dorough. They formed all the way back in 1993, but they’re back again now and the Backstreet Boys Tour 2022 looks to be a huge one. 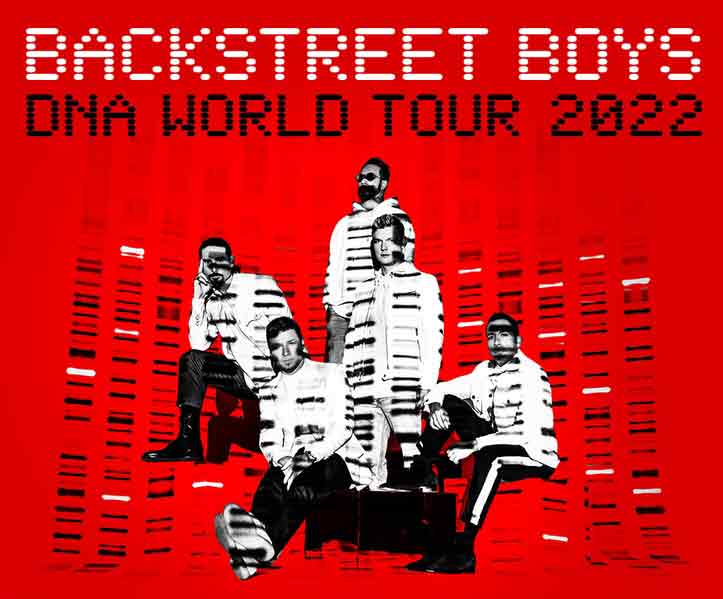 Check out the Backstreet Boys when they’re on their DNA World Tour 2022.

Don’t forget that there’s a good chance that the Backstreet Boys Tour 2022 will be extended with additional tour dates. Check here often as we will keep the above event lists updated.