This should be one heck of a tour not to miss. Three hugely popular bands will be taking to the stage in 2020 in what is being billed as the ‘Hella Mega Tour‘ and fans could not be any more excited. The trio of bands consists of Green Day, Weezer and Fall Out Boy, and between all three, they have enough hit songs to continue to play live for days, although our guess is that the shows will be about 3 hours long. If you’re not familiar with any of the three bands, here are some of there more popular songs : Green Day – Boulevard of Broken Dreams, Wake Me Up When September Ends, 21 Guns, American Idiot, When I Come Around, Basket Case, Good Riddance; Weezer – Island in the Sun, Buddy Holly, Say It Aint So, Undone, Hash Pipe, Beverly Hills, El Scorcho; and Fall Out Boy – Centuries, My Songs Know What You Did In The Dark, Sugar We’re Going Down, The Phoenix, Grand Theft Autumn/Where Is Your Boy, Dance Dance, This Ain’t a Scene, It’s an Arms Race. One last note if you’re a Green Day fan, mark your calendars for January 17th, 2020 because that’s the day Green Day’s newest album will be released. It’s titled “Father of all Motherfuckers”.

Check down below, further on this page, for the latest list of Green Day tour dates. You’ll also find links for you to look for tickets, plus some of the more popular music videos of Green Day songs. 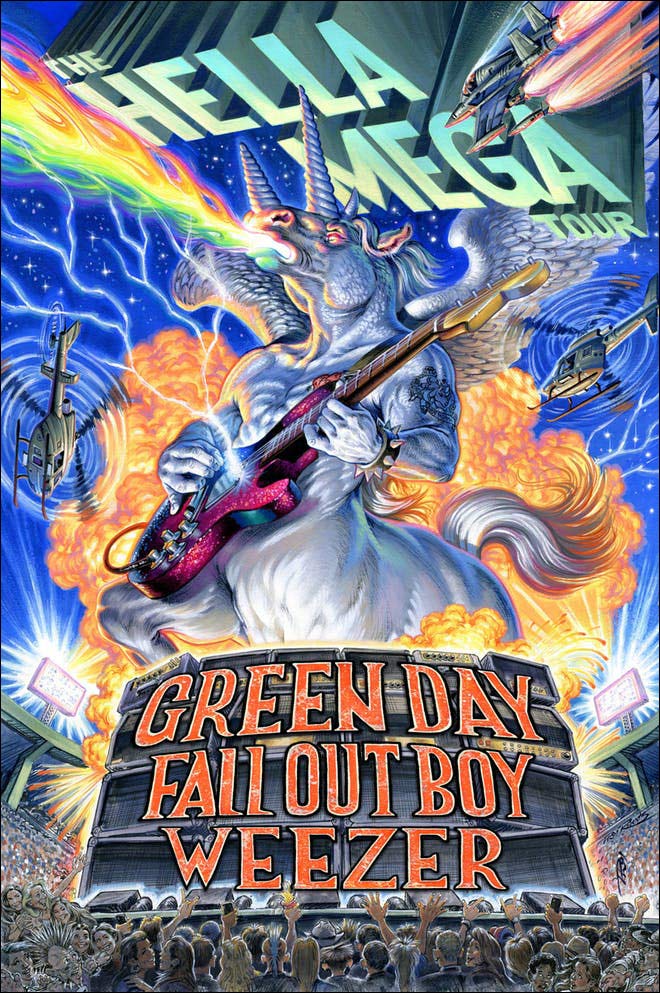 The combination of Green Day, Weezer and Fall Out Boy will make this Hella Mega Tour an event you definitely want to see! Don’t miss your chance to see these three mega-bands take to the stage to perform all their popular hit songs. 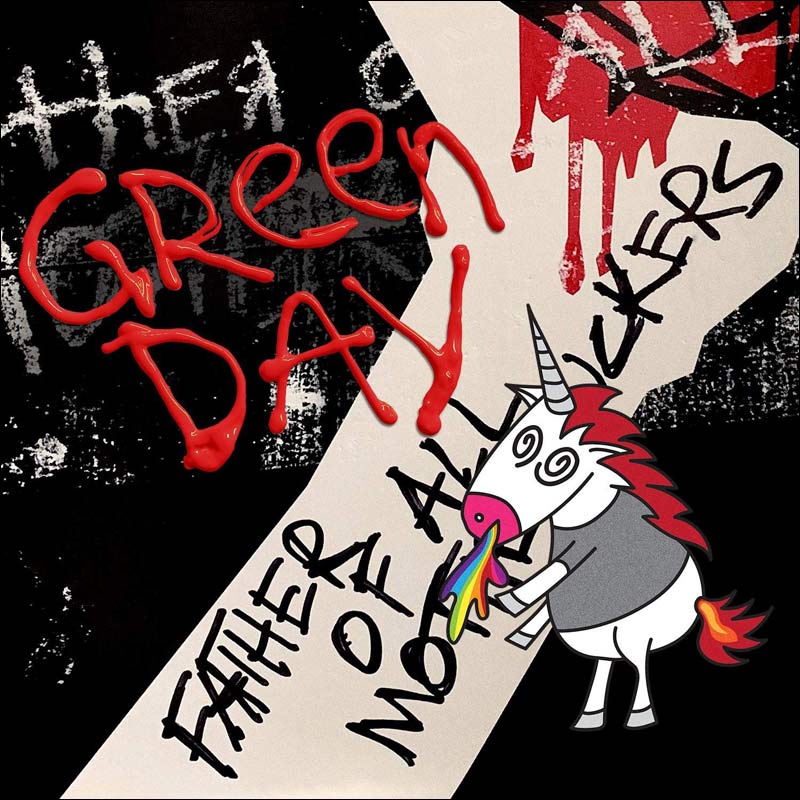 Green Day’s newest studio album will be released on January 17th, 2020. Here’s a pic of the cover art of the upcoming album.

Check back often because it’s common for bands to extend their tour without much notice to the public. We will keep the above event lists updated as new dates are released.