One of the greatest English rock bands to ever come out of London and grace us with their existence is going back on tour. While the band The Who is not ‘complete’ with all of it’s founding members, lead singer Roger Daltrey and lead guitarist Pete Townshend are dusting off the The Who title and bringing it back to go on a live concert tour. What is being called The Who Hits Back! Tour for 2022 is taking to the road and will be on tour in North America beginning on April 22nd when The Who gets up on stage to perform live at the Hard Rock Live which is located in Hollywood, Florida. Then the band treks on, as almost 30 tour dates have already been scheduled out. The Who Tour 2022 will perform in many other big cities including New York, Dallas, Tampa, Oklahoma City, Jacksonville, Detroit, Boston, Philadelphia, Washington DC, Chicago, Toronto (Canada), Denver, and many more (full list can be found below). The band had to cancel their 2020 tour due to the health issue the world was experiencing, but things have passed and appear to be somewhat returning to normal, thus the influx of new concerts that are and have been recently announced by many bands and performers. As a big fan of The Who, I am psyched that they are going back on tour, even if the band is not as they once were (meaning they are missing members that were once integral parts of the band).

Check down below for the latest official list of The Who tour dates. You’ll also find links to look for tickets, and a playlist of some of The Who’s more popular music videos.


THE WHO TOUR DATES & CONCERT TICKETS 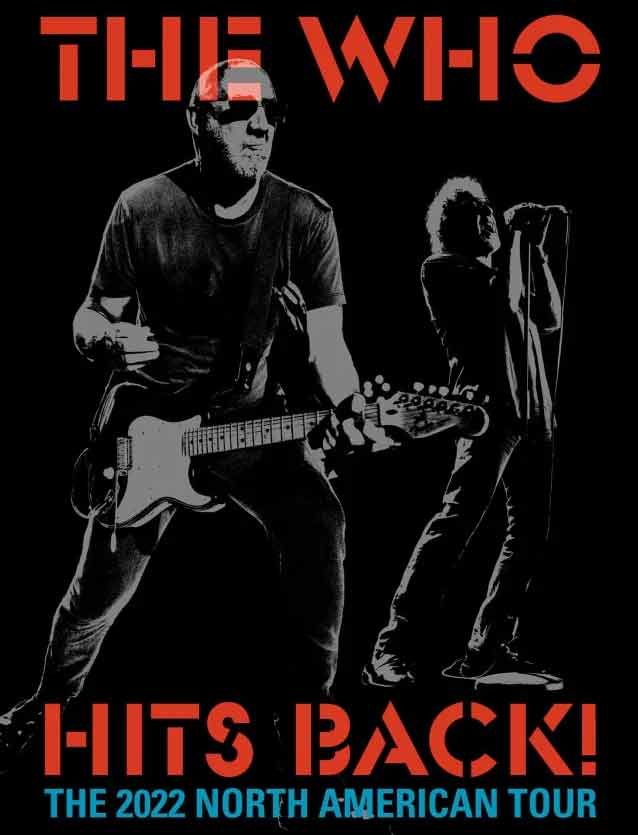 Don’t fret if you don’t see your city listed. There is always a possiblity that The Who Tour 2022 will be extended with additional tour dates. Check back here often as we will keep the above event lists updated with the most recent schedule.

THE WHO MUSIC VIDEOS


The Who Music Video Playlist (Over 80 songs!)