Hold On To Your Cowboy Boots, George Strait is Back in 2023 with a handful of Live Concerts :


When it comes to Country Music, there is most definitely a lot of talent in the pool that can be talked about, but once in a while comes an icon in the genre that really stands out in a crowd. Today, that person is George Strait. He’s a Country Music giant who has been writing and recording music for over 45 years (he began his professional music career back in 1976). Strait has easily sold over 100,000,000 records all over the world and is one of the greatest selling musical artist of all time (that’s huge!). His records have gone Platinum over 30 times, multi-platinum over 10 times, and 38 times Gold. According to the RIAA, there’s only 10 other people in the United States who have sold more albums than George Strait (he’s 11th on the list). If I had to list the top songs of George Strait that I know, they’d be Amarillo by Morning, Run, The Chair, I Cross My Heart, Carrying Your Love With Me, Troubadour, Give It Away, and I Can Still Make Cheyenne. To be honest though, he really has a lot more hit songs than just that small handful. In total, George Strait has released 102 singles (according to wiki) and that’s an insane amount of songs. He’s also worked with some of the best in the business including Alan Jackson, Kenny Chesney, Miranda Lambert, Faith Hill, Vince Gill, Eric Church, Jason Aldean, Martina McBride, Sheryl Crow and the list goes on and on. In 2023, we already see George Strait has a handful of events planned. He’ll be on the road with special guests Chris Stapleton and Little Big Town.


Check down below for the latest list of Official George Strait tour dates, links to look for tickets, plus some of his more popular songs in video music format. 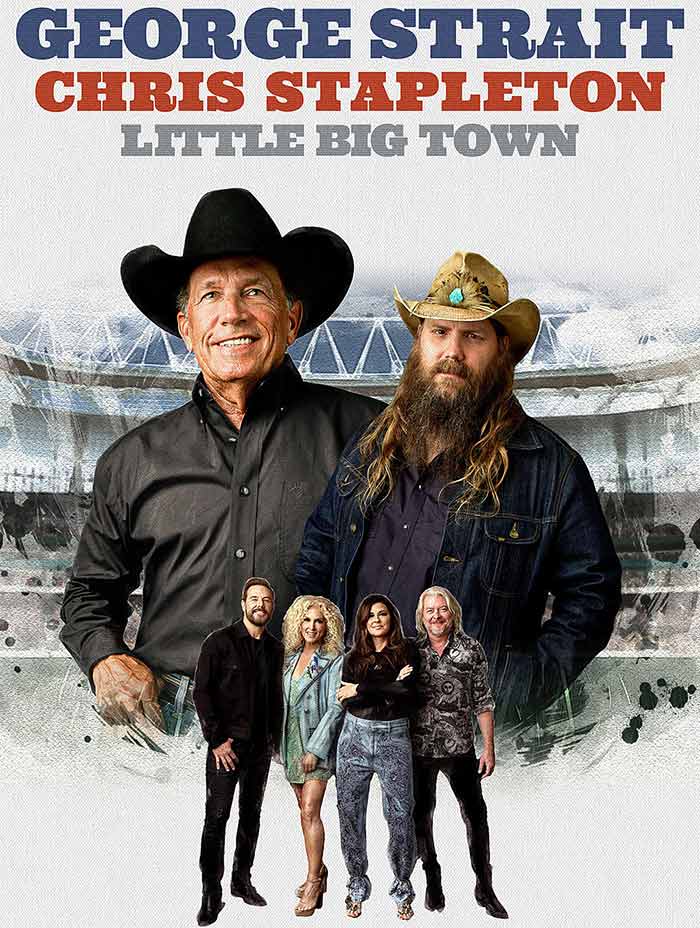 Keep checking back to see the George Strait tour 2023 adds more dates to his concert tour. If he releases more shows, we’ll update the event lists above.