Elton John To Continue His Massive ‘Farewell Yellow Brick Road Tour’ through 2023 :
If you’re looking to see Elton John in concert in the next two years, you won’t have to look that hard. Elton John will be continuing his Farewell tour through at least the year 2022. It’s not just any old tour however. Elton John turned 72 years old this year and has announced his ‘Farewell Yellow Brick Road Tour’ to his fans. In his statement he also expressed the want he has to be with family and close friends as he sees time as a much more valuable commodity. The announced concert tour is quite extensive and begins in North America with a string of shows in Elton John’s ‘2nd home’ in Vegas, Caesar’s Palace. Those smaller, more intimate shows begin April 28th and run through May 17th. There is a good chance that more dates will be added to his Las Vegas schedule, because there is a large time span until his next listed show which takes place on September 8th at the PPL Center in Allentown, Pennsylvania. So many big cities are going to be hit up by Elton John and some of them have multiple shows scheduled. Cities include Buffalo, Philadelphia, Hartford, Washington (DC), Boston, Uniondale, Miami, Dallas, New York, Nashville, Chicago, Denver, Tulsa, Brooklyn, Raleigh, Columbia, Albany, Newark, Jacksonville, Minneapolis, and more. Don’t forget Canada too; Toronto, Montreal, Ottawa, Quebec. Elton John is playing so many places that if he’s not performing at a venue near you, then you must live in the boonies somewhere. When you look below this and see the list of places he is planning to play, the list is huge and extends well into 2023. Myself, I can’t wait for his handful of sets at Madison Square Garden in NYC. Hopefully he’ll hook up with Billy Joel for a few of those shows. Now wouldn’t that be nice. 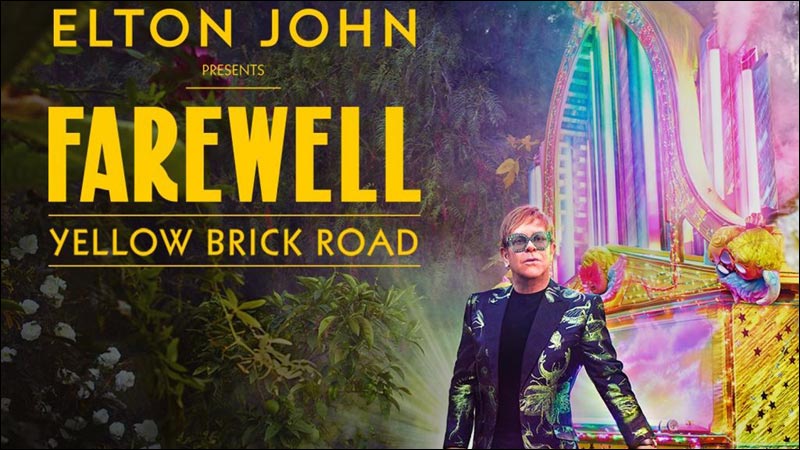 Elton John has a huge ‘final’ tour planned for the next two years. The ‘Farewell Yellow Brick Road Tour’ will extend deep into 2022.