Adele is preparing for a big 2022 year, drops news about Las Vegas Residency – Weekends With Adele :
News has just been released and Adele fans in the United States are beyond excited that the beautiful and amazing Adele will have her own residency in Las Vegas at The Colosseum at Caesars Palace in early 2022. The set of shows is being called ‘Weekends With Adele‘. The string of dates when Adele will be performing span from January 21st, 2022 to April 16th, 2022. Tickets will be in tremendous demand so try to secure yours as quickly as you can.

You remember Adele. The woman singer from London England who blew ours socks off several years ago with her terrific version of Rolling In The Deep. Turns out that Adele recently released her latest studio album called 25 and it already is the biggest thing in music right now. The album debuted at Number 1 on every single music chart in the world and sold over five million copies in the first week. The first single off the album was Hello, which almost broke down Youtube as soon as the music video was released. You can see the video below, definitely check it out because it really is very good.

Back in 2011, Adele released her album 21 and it did the same thing; it debuted at the number one spot on every single music chart in the world, the album went Platinum a total of 70 plus times and it sold over 45 million copies worldwide. That is unheard of by today’s standards. The fact that her latest album, 25, is on the same path, it’s unfathomable that someone can do it twice in a row. Adele, though, looks like she is well on her way on doing it.

Adele hopefully has a concert tour planned for 2022, we know that demand in North American dates has ever been increasing since she was on tour last. Fans are also hungry for new music from Adele. It’s not like she’s a slacker or anything, but she’s so talented and has such a huge following that she always leaves them wanting more. Hopefully we will hear of news soon about upcoming album and a support tour.


ADELE TOUR DATES & CONCERT TICKETS
*If No Dates Are Listed Directly Below, then Tickets are NOT Available Yet* 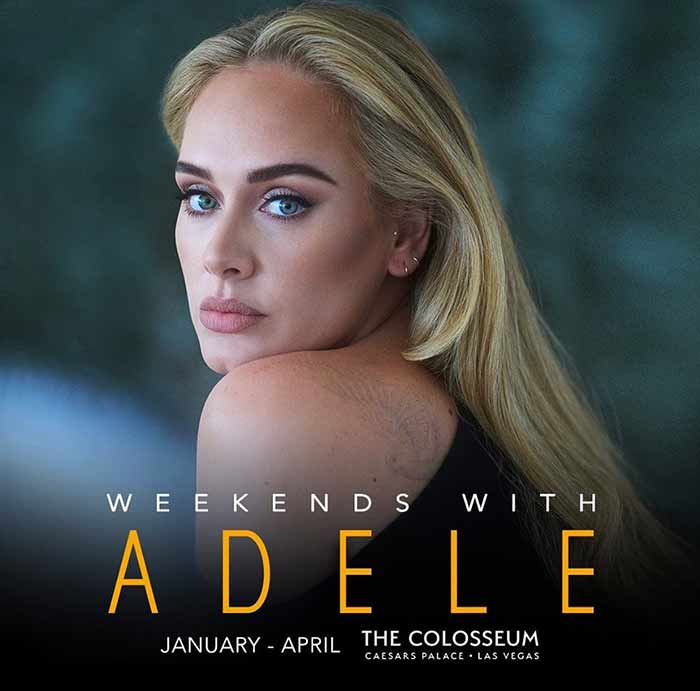 Check back as we are sure that Adele will be adding more dates to her tour schedule.