One of the hottest things right now that comes from Puerto Rico is rapper Daddy Yankee. While he’s been around on the music scene since 1990, not many people have heard of him until lately. Within the music industry, Daddy Yankee is known as the King of Reggaeton music. The word ‘reggaeton’ exists actually because of him. His music spans multiple genres including Reggaeton, hip-hop and Latin-pop. For 2022, the tour for Daddy Yankee is being called his Farewell Tour, ‘La Ultima Vuelta World Tour‘. Does this mean that it literally is ‘final’ ‘farewell’ tour for Daddy Yankee? Who knows now a days with entertainers, we’ve been fooled by many others in the past when they say ‘farewell tour’. Right now, the Daddy Yankee Tour 2022 consists of almost 20 tour dates at some very large venues, including opening night which falls on August 10th in Portland Oregon at the Moda Center. The Daddy Yankee tour is scheduled to also perform in New York, San Jose, Chicago, Washington DC, Orlando, Miami, Las Vegas, Atlanta, Boston, Dallas and more including one stop up in Montreal, Quebec Canada.

Check down below for the latest official list of Daddy Yankee tour dates. You’ll also find links to look for tickets, and a playlist of some of Daddy Yankee’s more popular music videos. 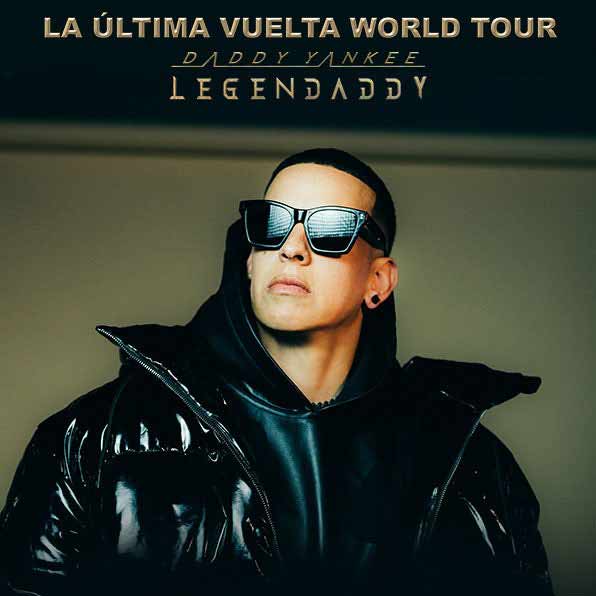 There’s a good chance that the Daddy Yankee Tour 2022 will be extended with additional tour dates. Check here often as we will keep the above event lists updated.