As someone who is a huge fan of classic rock music, it’s definitely hard today to find a new band that comes close to any of the old greats. When I say ‘classic rock‘, I don’t mean bands from the 1980s or 90’s. I’m talking about the groups from the late 1960s through the 1970’s. Led Zeppelin, Fleetwood Mac, Aerosmith, The Eagles, The Doors, Bad Company, Black Sabbath, The Beatles are just a few of the bands that, for me, fall into the category of classic rock. With the mass amount of new music coming out today, it’s really hard to find bands that even come close to any in that list. I personally never thought I would hear another ‘Led Zeppelin’ again, ever. Then one day a song came across my ears. ‘What is this?’ I thought. And old, unreleased Led Zeppelin song? The singer definitely reminded me of Robert Plant, the guitar licks reminded me of Jimmy Page, the bass sounded as talented as John Paul Jones, and the drummer was as heavy, yet tight as John Bonham. To my surprise, it was NOT a Led Zeppelin song. It wasn’t anyone remotely close to any of the bands I mentioned above. I waited for the song to end and then looked it up to see who just raised my eyebrows. The song was named ‘Highway Tune‘ and the band’s name was Greta Van Fleet. (You can find the Official Music Video for ‘Highway Tune’ down below). The song literally gave me chills. Who are these guys I thought. I dove deeper. Greta Van Fleet is an American rock band from Frankenmuth, Michigan They formed back in 2012. The band is made up of vocalist Josh Kiszka, guitarist Jake Kiszka, bassist Sam Kiszka, and drummer Danny Wagner, and boy do they ROCK. Until now, they’ve only put out EPs (Extended Plays), but on October 19th, their full first album is due to be released and they are calling it ‘Anthem of the Peaceful Army‘. We’ve already pre-ordered it and I can’t wait to be able to listen to it in its entirety. Get this too, they just announced a large tour they are calling ‘March of the Peaceful Army‘, and they may be headed to a venue near you.

Keep scrolling on to find the latest list of Official Greta Van Fleet tour dates, to look for tickets, and to watch some cool music videos of theirs. 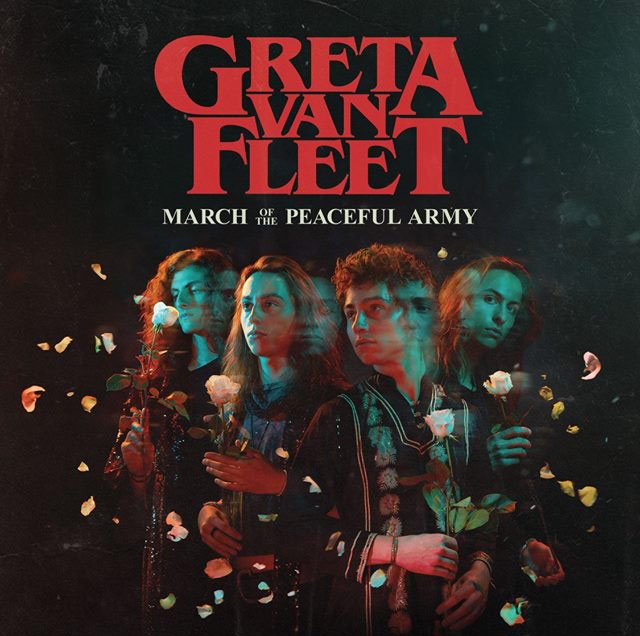 Greta Van Fleet has announced their plans for their 2019 March of the Peaceful Army tour. Look below for all their tour dates and hope that you can get tickets. 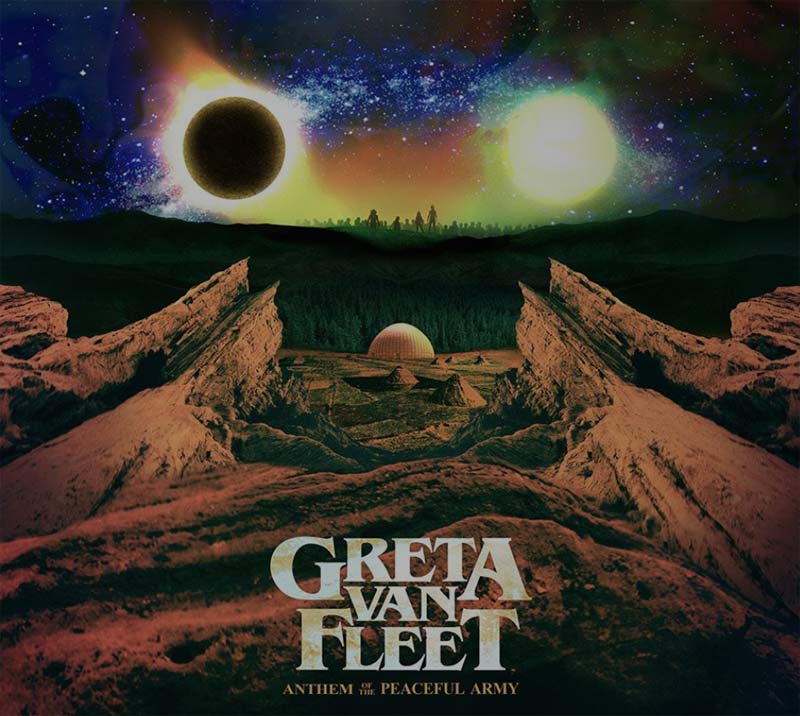 Great Van Fleet are unlike almost any other new band you have heard in a long time. They’re the closest thing to a classic rock band from the early 1970s that you’ll ever find. Check out some of their music videos below.

Check here often as it’s normal for bands to extend their tour without much notice. We’ll keep this list updated as new dates are released.